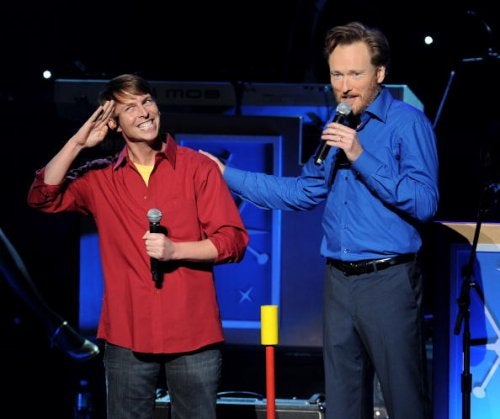 The results have been decidedly mixed.

The college-age fans who flocked to his defense following his dramatic ouster from NBC last January gave the ginger-haired comedian’s variety act — snarkily entitled "The Legally Prohibited From Being Funny on Television Tour" — a rapturous response.

Reviews from mainstream media outlets? Not so much.

Unsurprisingly, given that the "I’m With Coco" movement was a true internet phenomenon, the lion’s share of praise for O’Brien’s live show could be found on Twitter, with many fans speaking of the former late-night host’s Oregon kickoff in terms usually reserved for Hendrix at Woodstock.

Yet, though respectful, critics at publications such as the Los Angeles Times and the Hollywood Reporter praised O’Brien, but griped that the show was a bit flabby, with too many musical interludes.

Here’s a roundup of what we found :

"He then launched into an altered cover of Cake’s cover of Gloria Gaynor’s ‘I Will Survive,’  a song he said that “has had real meaning to me these last three and a half months.” Based on the emphatic embraces he received from the audience as he victory-lapped through the aisles during the encore, that seemed pretty darn accurate, if not an understatement." — Dan Snierson, Entertainment Weekly

"Though he may not legally be able to be funny on television — at least not until his new TBS show premieres in November — Conan O’Brien kicked off his 320-city North American live comedy tour on Monday night with old friends, unexpected guests and a giant inflatable bat. And he was extremely funny." — Scott Sepich, Rolling Stone

"Conan O’Brien thrilled a sell-out crowd of frenzied fans here Monday night, putting on a two-hour, high-energy show that touched on his widely publicized and contentious departure from NBC, but at the same time reached back to many of his best-loved moments from his days at that network." — Bill Carter, New York Times

"The fans didn’t seem to mind Coco’s not-so-delicate tightrope walk, routinely interrupting the comedian with ovations (during which grown men could be spotted stroking their hairy chests in the audience) and bouncing giant yellow beach balls with Conan’s face plastered on them as the show ended." — Winston Ross, Newsweek 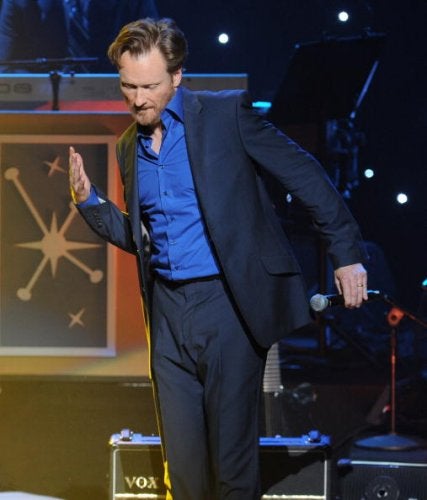 "…he stuck to the script and delivered an enjoyable though uneven night of comedy, with only a few mentions of the host’s future employer." — Erik Pedersen, Hollywood Reporter

"…this traveling variety show…isn’t so much Conan new and unplugged as Conan old and uncorked. But it’s nice to have this genial clown back anyway we can get him." — Charles McNulty, Los Angeles Times

"Conan, we know you love that guitar, but a few of those songs should probably go — but everybody was giving it their all … All in all, it’s hard to get too crabby about a show that tries to squeeze in so much comedy, like a dinner-party hostess who keeps refilling your plate even when you feel like you can’t take in anything else." — Kristi Turnquist, Oregonian

@CamMcNeeley:@conanobrien just killed it in Eugene. I haven’t laughed that hard in a very long time! Have a fun tour Coco!