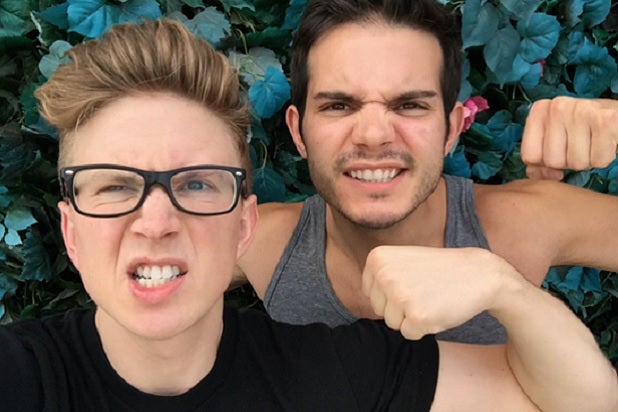 Social media megastar Tyler Oakley and his best friend Korey Kuhl will compete on the new season of “Amazing Race” that begins tonight, but Oakley says that the two have been fans of many CBS competition shows for years.

Oakley and Kuhl are two of the most high-profile social media stars to compete in this season of the show, along with others including vlogger Blair Fowler, Vine star Cole Labrant and Rooster Teeth co-founder Burnie Burns.

But Oakley says that it was not a simple matter to get cast on the show. “Korey and I made a video auditioning,” he said. “We went in to meet with the casting department. We had to go through all the processes. I guess I didn’t know what I was getting myself into. It was pretty intense.”

The series takes contestants all around the world as they compete for a $1 million prize. But for Oakley, the real prize was the experience.

“I just love the feeling of culture shock where something is so far from what you’re used to,” he said. “Going around the world in my everyday life, it’s a lot easier. There’s no pressure. You have your phone. But you experience culture shock on ‘The Race’ exponentially because you are thrown into situations where you have zero time to prepare.”