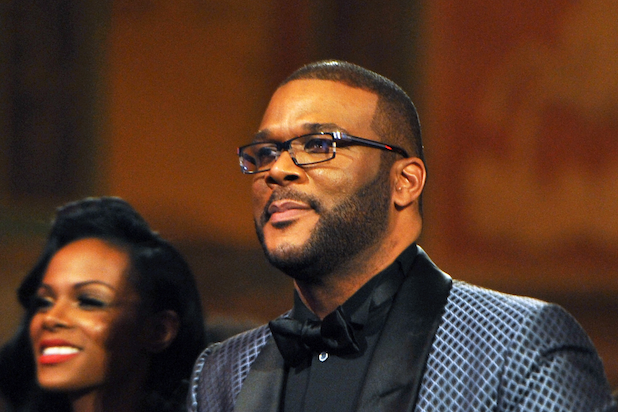 Tyler Perry may have just played his best role yet: (Not So) Secret Santa.

Perry covered the cost of layaway items at two Atlanta-area Walmarts on Thursday, the “Madea” creator said in a Twitter post.

“I know it’s hard times, everyone’s struggling and I’m just really, really grateful to be able to be in a position to do this,” he said in the video.

Perry explained that those who had items on layaway, (in which customers make payments on an item until it is paid off, at which point they can take it home), before 9:30 a.m. this morning could pick up their items for only a penny.

He tried to do the generous surprise anonymously but word quickly got out.

Perry has plenty of money to play Santa after signing a lucrative deal with Viacom last year. TheWrap reported at the time that under the deal Perry will produce approximately 90 episodes annually of original drama and comedy series for BET and other Viacom networks.

I was trying to do this anonymously but oh well!!! pic.twitter.com/T0dhRHyU66