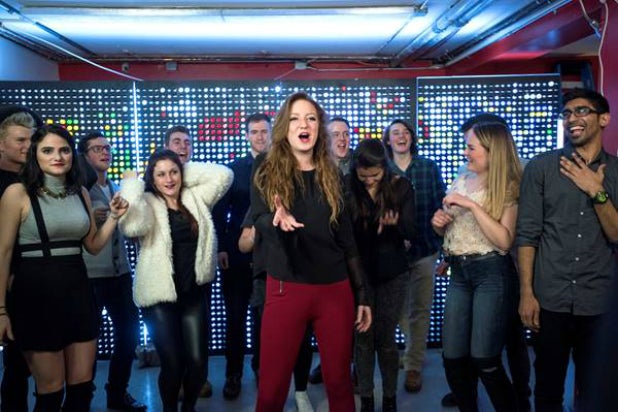 “Are you ready to get your Smize on?!!” Banks said. “I’m honored to be hosting the Daytime Emmy Awards and can’t wait to bring a fresh edge and lots of surprises to the show. It’s a big year! I’m shaking things up, starting with a new look and a brand-new daytime talk show launching in the fall. I’m pumped to be partnering with a fun, new network like Pop to celebrate daytime TV and the diehard fans that watch every day. Let’s do this!”

Betty White will receive the Lifetime Achievement Award at this year’s Daytime Emmys.

One of the highlights from the programming slate includes a “Pitch Perfect”-inspired a cappella singing competition “Sing It On,” which will be executive produced by John Legend and Core Media Group. The show will see five collegiate teams duking it out for supremacy.

“I had so much fun singing a cappella in college,” the singer/songwriter said. “The music, the friendships, the competitions were all a huge part of my college experience. We’re excited to be a part of a show that documents the real ups and downs of this interesting world that many know nothing about. It’s going to be an interesting journey, and I look forward to being a part of it.”

“We are heading into the upfront season with a fresh, uniquely positioned media brand covering the landscape of what’s popping in culture and an original programming slate driven by enthusiastic content and award-winning talent,” said Brad Schwartz, president of Pop. “Backed by the support of CBS and Lionsgate, full-screen distribution in over 80 million homes, and the momentum of seven consecutive quarters of year-over-year ratings growth, we are poised to capture and engage our passionate ‘Modern Grownup’ audience who are seeking a channel that celebrates fandom as much as they do.”

Here is Pop’s spring/summer series programming slate in order of premiere. All descriptions are in the cable channel’s own words:

In Development: (All projects are working titles)