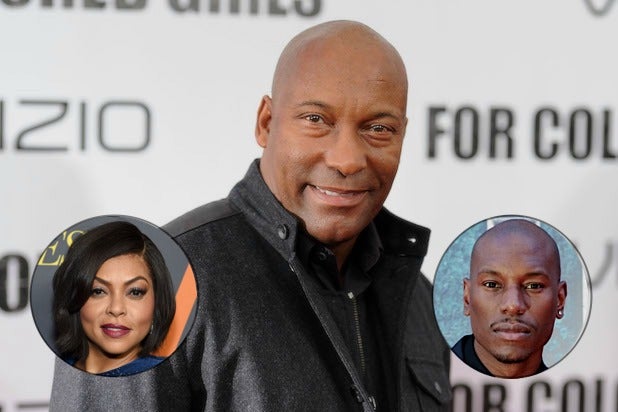 Tyrese Gibson and Taraji P. Henson visited filmmaker John Singleton, who was hospitalized and is “medically sedated” after suffering a major stroke on April 17.

“Visited you today. Me and @tyrese prayed so hard over you,” Henson posted Saturday on Instagram, along with a photo of her, Singleton and Gibson. “You heard my voice and jumped up. I HAVE HOPE AND FAITH BECAUSE I KNOW THAT #GODIS. Keep praying EVERYBODY for our beloved @johnsingleton.”

Gibson quickly chimed in, writing: “Heavy heart, state of shock but there was something powerful about feeling the presence of God that gave us the reassurance that God is going to pull him through this……… The idea that me and taraji prayed hard over john so much history so much genuine love….. We can only hope and keep praying that God brings him back to us!!!!!!!!!”

Also Read: John Singleton in ICU After Suffering a Stroke 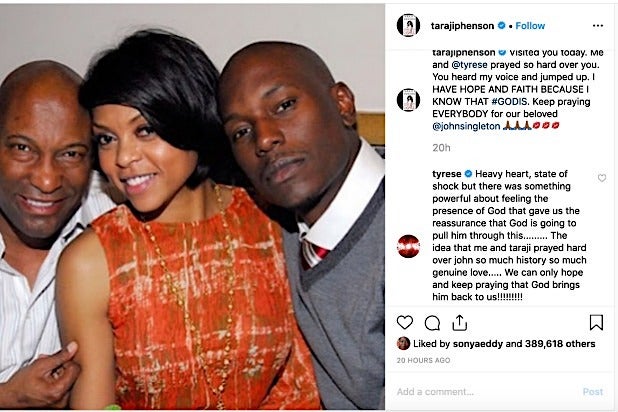 News of Singleton’s condition came from his family last week, saying in a statement, that the two-time Oscar nominee for writing and directing “Boyz n the Hood” was in the ICU and “under great medical care.” According to court documents obtained by TheWrap, Singleton’s mother, Sheila Ward, has applied for conservatorship for Singleton and the estate.

According to the papers, Singleton had a “major stroke,” is “in a coma” and “unable to provide for his personal needs.” It goes on to say that he was engaged in several business projects and was prepared to sign a lucrative settlement agreement on or about April 30, 2019 “at the time of his stroke.” Ward adds that his estate will suffer “substantial financial loss” if a temporary conservator is not in place to execute the settlement agreement.

Also Read: John Singleton's Daughter Disputes That Filmmaker Is in a Coma

Singleton’s daughter, Cleopatra, disputed her grandmother’s account that he was in a coma and filed a declaration in Los Angeles Superior Court saying, “My father is breathing on his own. He is only medically sedated to keep his blood pressure low and allow the vessels in his brain t0 heal,” Cleopatra Singleton wrote. “My father responds to stimuli and has even smiled on many occasions.”