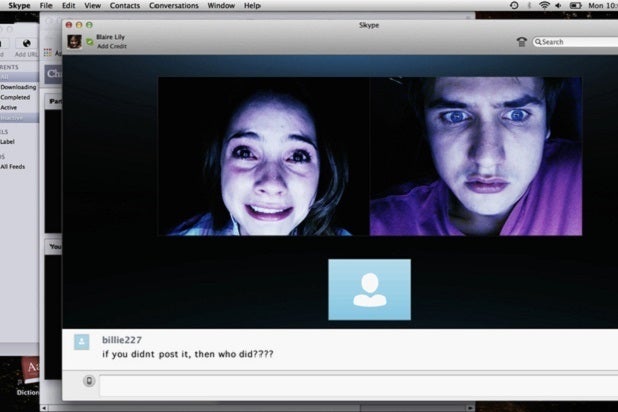 The Kevin James comedy “Paul Blart: Mall Cop 2” debuted with $450,000 at the box office in midnight showings Thursday night, while the teen horror tale “Unfriended” scared up $656,000 in screenings that began at 8 p.m..

The Universal action blockbuster is expected to win its third weekend at the box office with around $20 million, with the two wide openers projected to finish between $15 million and $20 million by analysts. “Furious 7” has dominated the box office since opening Apr. 3, taking in a very strong $810 million worldwide and $262 million domestically.

It’s been six years since the original “Paul Blart: Mall Cop” was a breakout hit, topping its $26 million budget with a nearly $32 million debut in January 2009. It went on to $146 million domestically and $183 million worldwide for Sony.

James co-wrote “Blart 2” with Nick Bakay, and is a producer with Adam Sandler and Todd Garner. Andy Fickman directs and Raini Rodriguez, Neal McDonough and Shirley Knight co-star in the $30 million comedy.

Also Read: ‘Unfriended’ Review: Cyberbullying Teens Haunted by the Facebook of the Dead

The unusual presentation of the micro-budgeted “Unfriended”— virtually all of the action takes place on computer screens — and its high profile on social media suggest it might do better than the mid-teen millions that its has been tracking at. That there hasn’t been a horror movie out since February’s “Lazarus Effect” won’t hurt.

Rupert Goold directed and co-wrote with David Kajganich the fact-based tale of disgraced New York Times reporter Michael Finkel, who meets an accused killer who has taken on his identity.

The film is a production of New Regency and Plan B. The producers include Dede Gardner, Jeremy Kleiner and Anthony Katagis, and the executive producers are Brad Pitt and Arnon Milchan.

Tina Fey narrates “Monkey Kingdom,” a nature documentary from Disneynature which is opening in 2,012 theaters. It’s about a family of monkeys living in ancient ruins founded in the jungles of Sri Lanka.