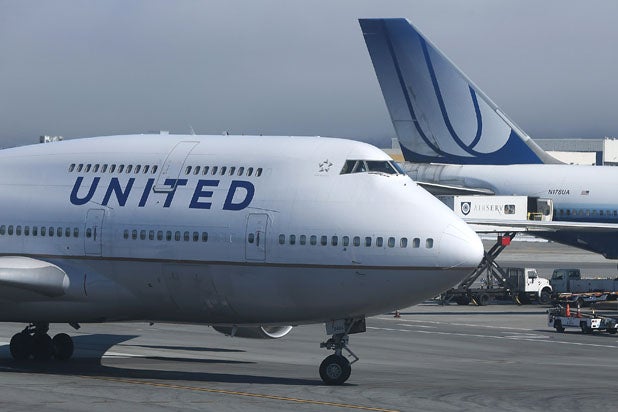 United Airlines CEO Oscar Munoz has issued another statement after a passenger was forcibly removed from a United flight on Sunday, taking “full responsibility” for the incident and promising to “make it right.”

“Like you, I continue to be disturbed by what happened on this flight and I deeply apologize to the customer forcibly removed and to all the customers aboard. No one should ever be mistreated this way,” he wrote in a statement. “I want you to know that we take full responsibility and we will work to make it right.”

Previously, Munoz had issued a statement, saying, “This is an upsetting event to all of us here at United. I apologize for having to re-accommodate these customers. Our team is moving with a sense of urgency to work with the authorities and conduct our own detailed review of what happened.”

A video posted by Audra D. Bridges went viral early Sunday night — in it, security agents drag a screaming passenger from the overbooked flight. A United spokesperson told TheWrap in an email Monday morning that the passenger had been taken off the flight because it was overbooked.

The Chicago Police also released a statement, saying the “69-year-old male Asian airline passenger became irate after he was asked to disembark from a flight that was oversold. The passenger in question began yelling to voice his displeasure, at which point Aviation Police were summoned.”

According to NBC News, the Chicago Department of Aviation said the incident was “not in accordance with” standard operating procedure and the officer’s actions were “not condoned” by the department. The officer involved was placed on administrative leave pending review of the incident.

The incident comes two weeks after United Airlines prevented two 10-year-old girls from boarding a flight because they were wearing leggings.

See the full statement below.

The truly horrific event that occurred on this flight has elicited many responses from all of us: outrage, anger, disappointment. I share all of those sentiments, and one above all: my deepest apologies for what happened. Like you, I continue to be disturbed by what happened on this flight and I deeply apologize to the customer forcibly removed and to all the customers aboard. No one should ever be mistreated this way.

I want you to know that we take full responsibility and we will work to make it right.

It’s never too late to do the right thing. I have committed to our customers and our employees that we are going to fix what’s broken so this never happens again. This will include a thorough review of crew movement, our policies for incentivizing volunteers in these situations, how we handle oversold situations and an examination of how we partner with airport authorities and local law enforcement. We’ll communicate the results of our review by April 30th.

I promise you we will do better.