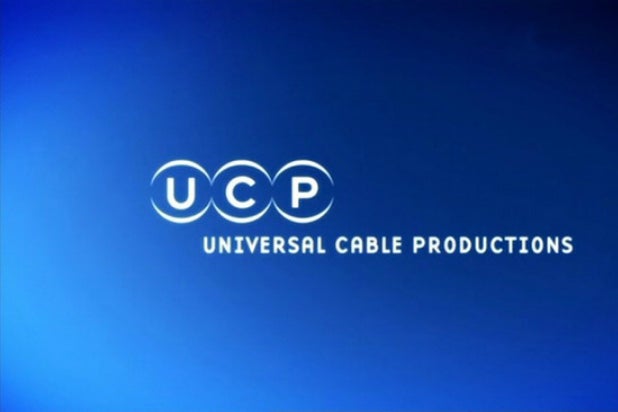 The new deal will focus on developing and producing scripted programming from Dark Horse’s extensive comic book library as well as new material. Projects currently in development under the pact include “Harrow County,” “The Umbrella Academy,” “Back Up” and “Concrete.”

“Dark Horse Entertainment has an incredible roster of fantastical, witty and mind bending stories,” said Dawn Olmstead, executive vice president of development for Universal Cable Productions. “Their brand has conquered multiple media platforms and boasts iconic books that have attracted the highest level of writers. It’s going to be a wild and imaginative ride.”

“As the landscape of narrative storytelling evolves, Dark Horse is thrilled to be working in the golden age of television with Universal Cable Productions. Their creative team has embraced the spirit of the Dark Horse brand and we’re proud to be partnered with them,” added Dark Horse President and founder Mike Richardson.

Below are more details about the three projects currently in development:

Also Read: Comic-Con to Stay in San Diego Through 2018

“Harrow County” — Emmy has always known that the deep, dark woods surrounding her home crawled with ghosts, goblins, and the restless dead. On the eve of her 18th birthday, she learns that she is connected to these creatures and to the land itself in a way she never imagined, for she is the reincarnation of a powerful witch who was put to death on the very day Emmy was born. For this reason, the townsfolk mean to kill her too. In order to survive, Emmy must embrace the unusual powers at her command. This project is based on the brand new book written by Cullen Bunn (“The Damned”, “The Sixth Gun”) and illustrated by Tyler Crook (“Bad Blood”). The comic quickly sold out of its first printing.

“The Umbrella Academy” — Nine years after parting ways, the estranged members of the Umbrella Academy, a dysfunctional family of superheroes with bizarre powers, must figure out how to work together to save the world. Created by Gerard Way (lead singer of My Chemical Romance and writer of “The True Lies of the Fabulous Killjoys”) and Gabriel Ba (“Daytripper”); Bluegrass films is also attached to executive produce.

“Back Up” — In the near future, a new technology allows people to be backed up the same way we now back up our computers–but instead of protecting against drive failure, these backups protect against death. This project is based on a feature script by Tom Vaughn. Kenny Golde is set to write and executive produce, Brad Anderson (“Zoo,” “Almost Human”) is in negotiations to direct. Jim Wedaa is also attached to executive produce.

“Concrete” — After his subconscious is transplanted into a hulking stone body, Ronald Lithgow must come to terms with his new form and try to live a normal life. This Eisner award-winning title is the opus of comics legend Paul Chadwick.

Has Comic-Con left you broke? Maybe it’s time to sell off those exclusive items you picked up. TheWrap scoured eBay to find out how much 2014 Comic-Con toys, action figures and posters are going for online