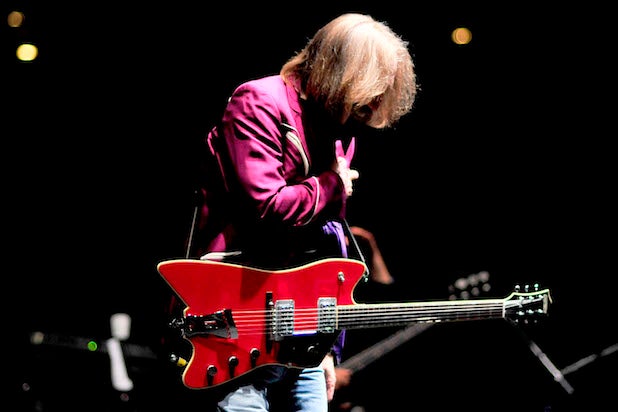 Lawyers for several prominent musicians — including the estates of Tupac Shakur and Tom Petty — filed a lawsuit Friday against Universal Music Group over a 2008 fire that they say destroyed valuable master recordings. The lawsuit seeks in excess of $100 million.

The suit was filed in Los Angeles Friday by attorneys also representing singer-songwriter Steve Earle, the rock bands Soundgarden and Hole, and “all others similarly situated.”

Universal Music Group did not immediately respond to a request for comment from TheWrap on Friday.

A New York Times Magazine story this month reported on the June 1, 2008 fire on the Universal backlot. The story described the blaze as “the biggest disaster in the history of the music business.”

The Times reported that as many as 500,000 master recordings were lost.

The suit accuses UMG of not adequately protecting the master recordings, and says the music industry powerhouse misrepresented the extent of the damage from the fire to affected artists. The lawsuit cites statements UMG executives made to the news media in 2008.

“UMG concealed the loss with false public statements such as that ‘We only lost a small number of tapes and other material by obscure artists from the 1940s and 50s.’ To this day, UMG has failed to inform Plaintiffs that their Master Recordings were destroyed in the Fire,” the suit says.

The lawsuit asserts that affected artists are entitled to 50% of the money UMG received from successful litigation and insurance claims filed after the fire. The suit said the company did not disclose them.

“Plaintiffs and the putative class members have an expectation that under their recording agreements with UMG there will be a 50/50 sharing of revenues derived from furnishing, licensing or authorizing the use by others of Master Recordings embodying their musical works,” the filing says. “Moreover, U.S. copyright termination rights would not be meaningful if the Master Recordings embodying their musical works were not preserved and maintained since they are the most complete expression of the copyrighted musical work.”

The lawsuit asks for a determination that affected artists are members of a class and that plaintiffs can represent them, for compensatory damages “in excess of $100 million,” for reimbursement of fees and court costs, and any other relief the court my determine is appropriate.