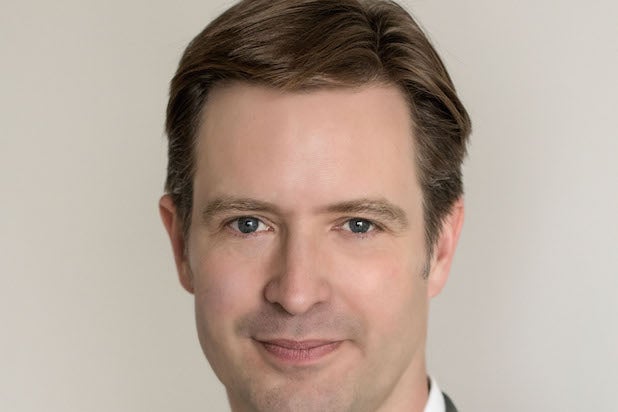 Erik Baiers, a 10-year production veteran at Universal Pictures, has been promoted from senior VP to executive VP of production, the studio announced Thursday.

Baiers has served as senior VP since 2012, and in his new role, he’ll continue to report to co-presidents of production Peter Cramer and Jeffrey Kirschenbaum.

“Erik is a seasoned production executive with a keen eye for great stories and we are tremendously lucky to have him,” said Kirschenbaum.

“This is a well-deserved promotion for Erik, who has helped steer a lot of successful films for us in the past few years, including some of our biggest comedies,” added Cramer.

During his tenure with the studio, Baiers has worked on several of Universal’s hit comedies including “Knocked Up,” “Forgetting Sarah Marshall” and “Bridesmaids” with Judd Apatow. He oversaw production on the 2014 hit “Neighbors” from Seth Rogen, Evan Goldberg and Nick Stoller, and Apatow’s upcoming film “Trainwreck,” written by and starring Amy Schumer.

Currently, Baiers is working on upcoming films such as Universal, Cross Creek Pictures and Working Title’s “Everest,” set for release on Sept. 18; Tina Fey and Amy Poehler’s “Sisters,” due Dec. 18; and Melissa McCarthy’s “Michelle Darnell,” slated for release on April 8, 2016. He’s also working with Rogen and Goldberg on a sequel to “Neighbors,” among numerous other projects in active development.

Prior to Universal, Baiers worked for MGM. He began his career with Universal production partner Imagine Entertainment.