The season has only just begun for Bravo’s "The Real Housewives of New York City," and I’m already dreading the day it will come to an end. These chicks are fantastic television. 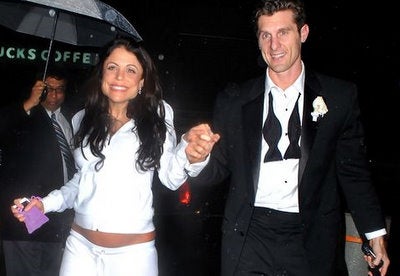 Bethenny and Jason are together, and she is complaining about the other ladies, which is all she seems to do this season. Jason tells her they need to find a place to live together and she says OK. He says that before they move in together, “There will be a commitment from me.”

Bethenny says it was so sweet and loving for him to say. Really? Did he ask her to marry him and I missed it? Since when is simply saying that there “will be” a commitment a romantic gesture? We all know they got married this weekend, but still, promising a commitment is not romantic.

Kelly and LuAnn are at a fashion show and it’s like watching a scene from "Dumb and Dumber." Bethenny joins them, and the gloves are off. Lisa Rinna is there, chatting with the ladies. Sidebar: I think LuAnn tries to get her hair to look like Lisa’s, but it’s never quite there.

LuAnn says to Bethenny that she has seen her at a lot of fashion shows. Bethenny accuses LuAnn of taking more digs at her. Bethenny then goes off and calls LuAnn a snake and tells her that Jill has been telling everyone that she sleeps around and cannot be trusted. Meow!

Sidebar: Bethenny has been saying for years that she wants to have a man, career, child and friends. She got the career and the man and has a baby on the way, but she is blowing off all of her friends. She cannot handle having everything, and she has forgotten who was there for her when she had nothing. It’s sad to see her change so much.

To be clear, LuAnn is allowed to sleep with whomever she wants, as often as she wants. Her husband left her, and even before he left, he was sleeping around. Who cares? She is a grownup, and the Count was openly seeing other women, and if her sleeping with someone made her feel better, then rock on, sister.

LuAnn and Bethenny sit with Kelly, and LuAnn starts recapping to Kelly. But Bethenny is sitting with them, and can hear what she is saying. She tells Kelly that Bethenny called her a skank. Bethenny corrects her and says she called her a snake, to which LuAnn responds, same thing.

To clarify, my darling LuAnn, snake and skank are not the same thing. It’s probably better to be a snake, not a skank. Bethenny called you a snake, and you decided to promote yourself to skank. Try to listen more carefully, because that’s not a great move, Countess.

The best part of the whole scene, is that even in the midst of name calling, yelling and horrible meanness to each other, they stop to have their picture taken together, and stop in the middle of an insult to say hello and air kiss people, then right back to the cat fight. Classy. 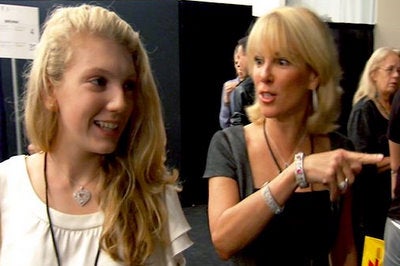 Another fashion show, this time with Kelly, Ramona and her daughter Avery. Kelly stirs the pot by asking why she was not invited to Ramona’s Labor Day party. She starts a scene in front of Ramona’s kid. These ladies belong on the yard of a women’s maximum security prison.

Kelly is bailing early to go to another party, and Ramona is pissed she was not invited, so Kelly invites her. Ramona puts her kid in a cab and sends her home. Mom and daughter share a special night at Avery’s first fashion show, then mom kicks the kid to the curb, literally, and sends her off in a taxi on her own.

Kelly says she is not pleased with how Avery was sent home. Really? Kelly is going to talk about the do’s and don’ts of parenting? Maybe she can write an article for Playboy about how to properly parent your young children. Ramona is crazy, Kelly is a loon, and I can’t stop watching.

Kelly, Ramona and Jill are now together, and Kelly says she is going to “fill them in” on what happened the day before. Translation: I am going to be a gossiping hag. Then Jill takes over and starts to tell the story, which is fascinating, since Kelly was there and Jill was not.

Bethenny is whoring out her Skinny Girl margarita at an event, and Alex and Kelly show up. Bethenny is not friends with Alex, but the moment Alex walks in, Bethenny starts gossiping. These girls are high school. Not the popular girls you wanted to be, but the mean girls who scared you.

Surprise, surprise, Jill is writing a book. Seriously, we don’t care. We like to watch the train wreck that is your interactions together, but do we need another housewife book? I get that they are riding their 15 minutes to the very last second, but enough already with the books.

Ramona and Bethenny get together for a drink, and Bethenny is gossiping again. She will talk to anyone who will listen, and Ramona just wants to listen to everyone so she can whip out nuggets at her convenience. If you feel like listening, Ramona, listen to this: Wear a bra!

Here comes the good stuff! Ramona is about to lose her mind, in a big ugly mess, all over everyone. She shows up, quite saggy, and the games begin. She starts by trashing Jill’s apartment and dress, then telling us Jill is blacklisted from Saks for returning too many things.

LuAnn is talking to Alex and Simon when Ramona comes in; she thinks they are talking about her and her lech-y husband. She tells Alex and Simon that LuAnn did not want them to be invited to her Labor Day party. She doesn’t understand why LuAnn is nice in person but mean behind their backs.

Alex tells Ramona she has a bone to pick with Jill, and she decides to do it in the middle of her party. Choo choo darlings, the trains are about to wreck. Alex tells Jill she is hurt by her attacking her children, Jill says she is sorry but it was LuAnn, who comes over and takes responsibility, but not before Alex cries.

Honestly. It’s exhausting watching these women. I’m not a big fan of Alex, but when she cried because she felt Jill was being unkind to her kids. I felt for her. I would have reacted the same was. Say what you want about me, but don’t ever say anything about my kid. It’s a deal breaker.

Dinner is served to 50 women and Simon. Jill orders an entire bottle of wine for Ramona. LuAnn tells Ramona her divorce is final, and Ramona tells her how sorry she is. She just attacked her, and threw her under the bus, but now they’re BFFs. Does Pinot Grigio translate into bipolar?

Kelly laughs it off, but then gets mad. She says Ramona is out of control, and they are not on the same planet. Kelly is not on the same planet as Ramona? Pot, listen up, the kettle is calling you black. Now Ramona and Kelly are yelling across the table, for all to hear, about Kelly’s boobs.

Kelly gets up to leave, and she tells Ramona that if she were Ramona’s daughter, she would be embarrassed. Kelly leaves in a tizzy, and we wrap up yet another week in New York City. Unless they bring in some new ladies, which I understand they are, these chicks are about to implode.

The fighting, jealously and childishness is out of control.

It’s good television, but these ladies may want to take a moment to think about their kids. When they are older, and watch this show, they are going to be mortified that these were their mothers.

Enjoy your kids, ladies, because they may not be talking to you for much longer. Just Saying.

I love Andy Cohen for bringing these loons together. The unreal ladies of Beverly Hills are going to need to bring it, because the bar has been set high.