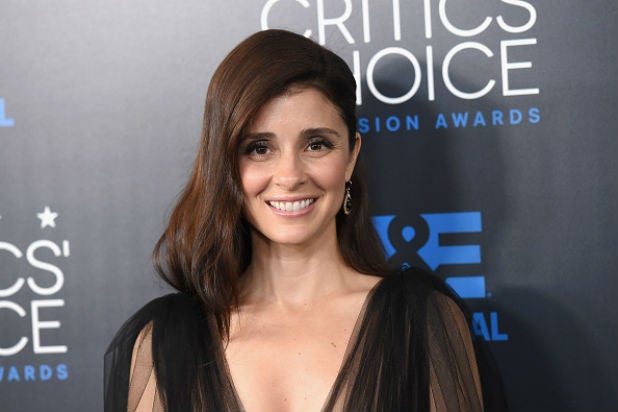 Under the pact, Appleby will work with A+E to develop, create and produce original programming for the A+E portfolio of networks, as well as outside buyers, under her Appletree Pictures banner.

In addition, Appleby will serve as a brand ambassador for A+E Studios and Lifetime, where she will represent the brands at various prominent events throughout the year.

“I’m so grateful to A+E Studios for this incredible opportunity and can’t wait to get to work!” said Appleby in a statement.

She currently stars in “UnREAL”on Lifetime playing Rachel Goldberg, a producer working behind the scenes of a dating competition show. Appleby took on the role of director in the sixth episode of the second season.

As a young actress, Appleby appeared on such notable hits as “Who’s the Boss,” “Doogie Howser MD” and Lawrence Kasden’s “I Love You To Death.” At 19, she had her breakout performance on the series “Roswell,” playing the leading role of Liz Parker. She has also had recurring roles on NBC’s “Chicago Fire,” HBO’s “Girls” and CBS’ “Code Black.”

Appleby is repped by UTA and attorney Jeanne Newman.