Some months ago I wrote about “10 Out-of-the-Box Ideas to Save Network Television.” 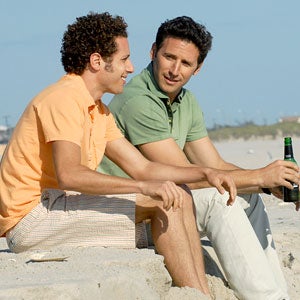 “While the broadcast networks face increasing competition from cable, much of that competition comes from themselves. NBC Universal, for example, owns USA, Syfy, Bravo, MSNBC, CNBC, Telemundo and the Weather Channel. Wouldn’t it be better if these networks were consolidated and arranged so that they worked with each other? Why, for example, are the hits ‘Royal Pains’ (left) and ‘Burn Notice’ running on USA and not NBC?

“My suggestion would be to make NBC (broadcast) the base network running new shows 24/7 52 weeks a year, making it a destination for viewers seeking premiere programming. USA would be converted into NBC Encore, which would rerun fresh NBC shows on a continual wheel, thereby multiplying ad revenue for shows that debuted on the broadcast side. Syfy would go away (replaced by a Sci-Fi Sunday block of original programming when football ends). Bravo would be where classic movies and TV shows run. I’d also merge MSNBC with CNBC.”

Now, I know there are all kinds of reasons why such a radical shift in strategy couldn’t actually be done next season, but I still think that, as a long-term business model, it’s the way to go.

Just for fun, I thought about how NBC’s schedule could look next season if the network did indeed merge its program operations with its cable outlets. As of this writing, NBC has not yet unveiled its fall schedule, which I expect will be strong since their development slate looks pretty good and the news powers that be over there actually seem to know what they’re doing. So this is not a slam, just a “what if” scenario. New NBC shows are in red, shows lifted from USA or Syfy are in blue.

Monday:
8 p.m.: Secrets of the Mountain
9 p.m.: Parenthood
10 p.m.: Love Bites
Programming note: The family-themed “Mountain” actually garnered good ratings when its movie pilot aired recently on a Friday night. Conventional wisdom would have it (if it’s picked up at all) staying on that night, but family drama has a history of working on Mondays (e.g., “Little House on the Prairie,” “Seventh Heaven”) and it would make a nice lead-in to the more adult family drama “Parenthood,” which itself would be a good lead-in for the romantic anthology “Love Bites.” All in all, it could make for a strong night of female-skewing programming.

Tuesday:
8 p.m.: The Biggest Loser
9 p.m.: The Apprentice
10 p.m.: Facing Kate
Programming note: “The Biggest Loser” is one of the few ratings bright spots on NBC’s schedule but, when you’re merging three network schedules into one, two hours is just too much primetime real estate. Instead, let it lead into NBC’s other big reality franchise, “The Apprentice” (which is set to unveil a new non-celebrity edition). Between editions, the two-hour reality bloc could be used to rotate in other reality shows such as “Who Do You Think You Are?” “The Marriage Ref,” “Minute to Win It” and “Celebrity Apprentice."
Developed at USA, “Facing Kate” follows an attorney who specializes in mediation. It seems like it just might work in the old “Judging Amy” timeslot.

Thursday:
8 p.m.: Royal Pains
9 p.m.: Burn Notice
10 p.m.: Undercovers
Programming note: As much as NBC would love to re-create the days of its “Must See” Thursday comedies, it’s time to admit it’s just not happening. Its current single-camera lineup is either struggling or aging. It’s time to try something new (or, at least, newer). USA has been doing very well on the night with its “Royal Pains”/”Burn Notice” combo. Let’s see what they can do given a broadcast berth. “Burn Notice” would be a very compatible lead-in for J.J. Abrams’ new spy drama “Undercovers.”

Friday:
8 p.m.: Psych
9 p.m.: The Rockford Files
10 p.m.: White Collar
Programming note: USA has done well with a lineup of lighthearted, character-driven crime dramas on this night. Why not let the dynamic work for the mothership?

Saturday:
8 p.m.: Community
8:30 p.m.: Parks & Recreation
9 p.m.: The Office
9:30 p.m.: 30 Rock
10 p.m.: In Plain Sight
Programming note: Remember when networks used to actually program Saturdays with original content? Some of the greatest comedies in TV history (from “All in the Family” to “The Golden Girls”) aired on the night. If the programming were rerun on the network’s cable outlet, it might become financially feasible to reopen the night on the broadcast side. With its late-night stalwart “Saturday Night Live,” a bold comedy lineup in primetime (with newer shows being phased in) would seem a natural fit. Call the night “LOL Saturday”!

Sunday:
7 p.m.: Merlin
7 p.m.: The NFL on NBC (January)
8 p.m.: Chuck
9 p.m.: Sanctuary
10 p.m.: Stargate: Universe
Programming note: When football ends in January, how about introducing “Sci-Fi Sunday,” four hours of geeky heaven. I, myself, am a “Merlin” fan so I’d be watching at least part of the lineup.

BIO John W. Kennedy
John W. Kennedy is the founder of JWKMedia, a television/movie script development company, and a development manager/consultant at illumination productions, the production company run by former Fox News anchor Carol Iovanna. He is an author of children’s novels, and has produced and written programming for CNN, Fox News, PAX Television and the Catholic Channel on Sirius Satellite Radio. He currently blogs on the subject of "Faith & Media" for Examiner.com.

John W. Kennedy is the founder of JWKMedia, a television/movie script development company, and a development manager/consultant at illumination productions, the production company run by former Fox News anchor Carol Iovanna. He is an author of children’s novels, and has produced and written programming for CNN, Fox News, PAX Television and the Catholic Channel on Sirius Satellite Radio. He currently blogs on the subject of "Faith & Media" for Examiner.com.