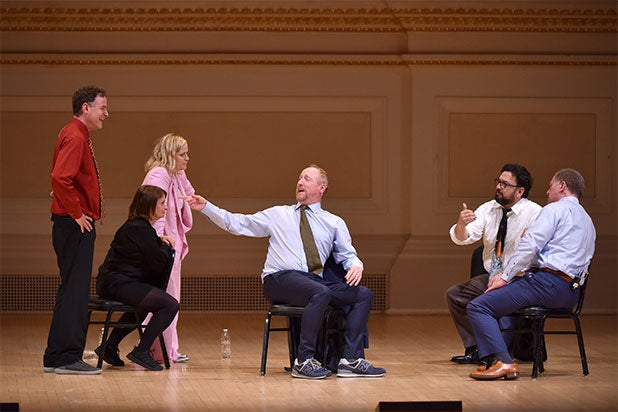 The Upright Citizens Brigade, a launching pad for some of the biggest names in improv comedy, is closing its theater and training center in New York City due to its high rent, the company announced Tuesday.

In an email sent out to members, founding members Amy Poehler, Matt Walsh, Matt Besser and Ian Roberts said they’ve made the “heart-wrenching” decision to close the two remaining locations in New York.

“This is devastating to us, but for some time now, even in a normal, robust economy, we have barely been able to pay the high rents in New York City for the Hell’s Kitchen theater and the training center,” the email read. “Given the indefinite shutdown of all theaters and schools in both Los Angeles and New York City and the anticipated slow and uncertain return to normal when restrictions are lifted, we cannot afford to continue on in our New York City leases.”

The email did present some hope, saying, “The UCB is not leaving New York City. The school and the theater will continue on in a pared-down form, which will be very similar to how we operated when we first started in NYC over 20 years ago… We will also continue to offer as many classes as we have students who are interested in taking them. However, they will be taught at various locations across the city that we will rent on a per-class basis.”

“Thank you to everyone in the Upright Citizens Brigade community for your love of improv and passion for the art of comedy,” the founders concluded. “Know that we are trying to continue to offer services and opportunities to as many people as we can.  Our hearts go out to all the people who will be impacted by our downsizing. We wish everyone in the UCB community health, success, and artistic fulfillment.”

You can read the full email here.