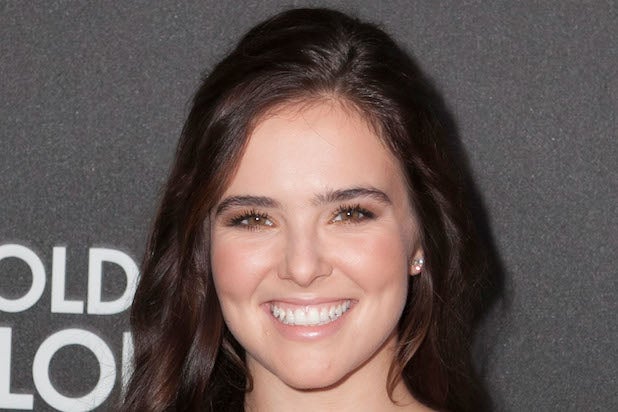 “Vampire Academy” star Zoey Deutch has been cast as the female lead opposite Tyson Ritter, Wyatt Russell and William Hurt in the Gregg Allman biopic “Midnight Rider,” which is being produced by Randall Miller and Jody Savin of Unclaimed Freight Productions.

Deutch will play a rock ‘n roll groupie who became the love interest of Gregg Allman in the early years when the Allman Brothers Band was just starting out. Mae, as her character is named, is a small town girl in Macon, Georgia looking to hitch herself to the band and get out of town.

“Zoey’s freshness and intensity blows me away.  She is both young and wise. I can’t wait to work with her,” said Miller, who is directing from a script he co-wrote with Savin.

As previously announced, Open Road Films will be handling the U.S. release, while The Exchange will handle international sales on the film.

Widely considered one of the greatest blues singers ever, Gregg Allman had the road-weary voice of an old soul who had lived it all and then some when he was in his mere twenties. The film is based on Allman’s bestselling biography “My Cross To Bear,” which the singer wrote with Alan Light.

“The film focuses on two major parts of Gregg’s life in music: Gregg’s early struggles through the formation of The Allman Brothers Band and the group’s ultimate explosion on the music scene and Gregg’s struggles to clean himself up from drug and alcohol abuse,” explained Savin. “Considering what he has endured, the dark tunnels from which he has emerged, his health and his continued sublime musicianship is nothing short of miraculous.”

Savin and Miller are working closely with Allman and his manager, Michael Lehman, both of whom will serve as executive producers on the film. “It’s a great cast,” said Lehman. “Gregg and I are thrilled with their talent and commitment.”

It is anticipated that there will not only be original Allman Brothers tracks in the film but new performances by the actors who are also musicians. Production is scheduled to begin next month in Savannah, Georgia at Meddin Studios.

Deutch is represented by Innovative Artists and Gilbertson Entertainment.