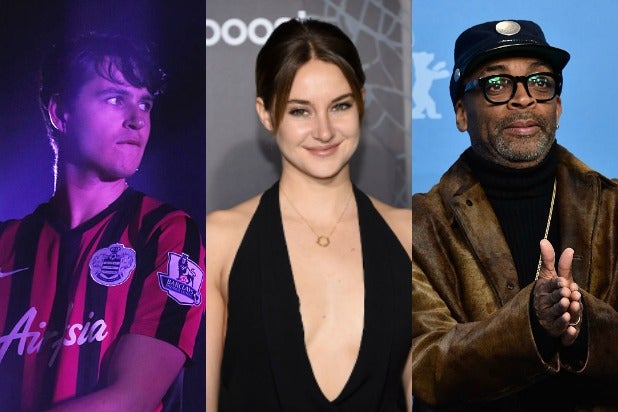 When the 2016 presidential cycle began in earnest last year, the entertainment industry was squarely behind Hillary Clinton. Few if any Hollywood names were willing to go on the record as Bernie Sanders supporters.

And while Clinton still wins the Hollywood primaries, with more star power than all other candidates combined, Sanders’ rallies have recently become a perfect spot for stargazing.

On Wednesday evening, Sanders will hold what is expected to be a massive rally in Manhattan’s Washington Square Park. New York University, which surrounds the iconic landmark, has already warned its students to “brace for thousands of people.”

Perhaps some of the reason for this Bernie-mania has something to do with all the big names expected to join him at this rally, includinand singer-songwriter Graham Nash. The uber-popular Vampire Weekend will be on hand to entertain the crowd.

The Vermont senator has been boasting a long list of Hollywood friends joining him on the campaign trail these days. have all been #FeelingtheBern.

To be fair, Clinton has nothing to complain about when it comes to Hollywood’s biggest names. She’s been by Katy Perry, Ben Harper, Elton John and Andra Day, just to name a few.

On April 16, the former secretary of state will be celebrated by the entertainment industry’s biggest names as she attends what is sure to be the most sought-after fundraiser of the 2016 presidential race thus far — one hosted by  and his wife, Amal.

Clooney is no doubt the reigning king of Hollywood. But it’s his blockbuster fundraising abilities that has Clinton’s campaign smiling from ear to ear. The last time he held a fundraiser for President Barack Obama in May of 2012, it netted the president a cool $15 million, according to CNN.  Just for reference, Clinton raised $29.5 million for the entire month of March.

The upcoming Clooney fundraiser is already expected to rake in the cash, with Clinton’s campaign  couples $353,400 for a seat at the same table as her and the Clooneys.

But Sanders seems to be holding his own when it comes to coveted Hollywood endorsements.

According to The Washington Post, several Hollywood A-listers are already “waiting in the wings” to join Sanders between now and Tuesday’s primary in New York, including

It’s hard to say whether New Yorkers will care about any of this. As TheWrap reported earlier, celebrity endorsements rarely move the needle come voting day.