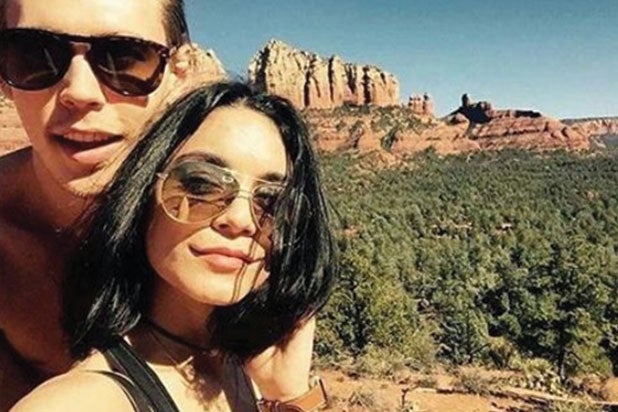 Vanessa Hudgens‘ Instagram may land her in legal trouble if authorities track down a heart she allegedly carved into a red rock in Arizona.

According to Fox News, Hudgens posted a picture of the carving, bearing the names Vanessa and her boyfriend Austin, on Sunday, but removed it later in the day. Authorities are investigating after the picture was brought to the attention of the Coconino National Forest, which manages the land around Sedona where the picture was taken.

Damaging a natural feature is a misdemeanor and can amount to six months in jail or up to a $5,000 fine.

Coconino spokesman Brady Smith told Fox he’s unsure whether law enforcement was able to find the heart posted by Hudgens, but that they will be searching through social media and reaching out to any potential witnesses.

Hudgens’ representatives have not yet responded to TheWrap’s request for comment.

Hudgens recently earned rave reviews for her performance on Fox’s “Grease: Live” on Jan. 31, just one day after her father passed away after a six month battle with cancer.

See Hudgens’ other Instagrams from her trip below.

From the quick changes in “Greased Lightning” to a Boyz II Men cameo, TheWrap looks at our favorite moments from the live Fox musical