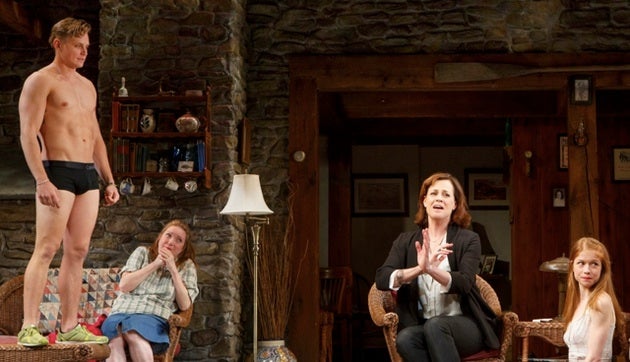 After winning the Tony Award for Best Play on Sunday, "Vanya and Sonia and Masha and Spike" will extend its Broadway run by nearly two months.

The show's producers said the production will now close on August 25, instead of June 30.

Sigourney Weaver, one of the play's star, will not remain with the show for the duration.

Her final performance will take play on July 28. She will be replaced by Julie White, who won a Tony in 2007 for "The Little Dog Laughed."

The Christopher Durang farce centers on an eccentric family that gathers together at the countryside and the mayhem that ensues when one of the siblings — a successful movie star — breezes into town with dim-witted boyfriend. It's an absurdist sendup of the works of Russian playwright Anton Chekhov.

The show beat out "Lucky Guy," "The Testament of Mary"  and "The Assembled Parties" to win the Tony for Best Play.