Variety has named Chris Krewson, executive online editor at the "Philadelphia Inquirer," as editor of Variety.com. 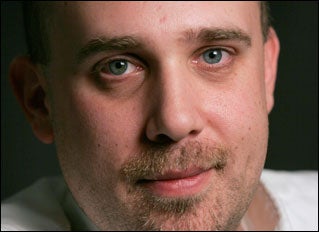 Krewson will oversee editorial content for the website, Variety reported Wednesday. He will report to Variety group editor Tim Gray and begins next month.

Krewson could not be reached for comment, but tweeted about his hire earlier in the afternoon: "So, folks, I have some news – I’m leaving The Inquirer. Next month, I’m headed to L.A., as editor of Variety.com."

"We considered a lot of great people, but Chris was everybody’s favorite," Gray said in a statement. "With his innovative ideas, as well as his people skills, Chris will be a major asset as our website expands and improves. And since readers have indicated they want information in both print and online, Chris will be able to help us coordinate and differentiate the two media since he has a strong background in both," Gray said.

Krewson will be new to the Hollywood scene, having spent his entire reporting career in Pennsylvania.

Before joining the "Inquirer" in 2007, Krewson was online editor at Allentown’s the "Morning Call" and Mcall.com. He began his career as a beat reporter for Centre Daily Times, a Knight Rider paper in State College, Pa., where he was a general asignment reporter whose coverage focused on cops and courts.