Verizon is cutting its purchase price of Yahoo by $250 million, according to a Bloomberg News report.

Here’s the entirety of the business publication’s story, for now: “Verizon is getting close to a renegotiated deal for Yahoo’s internet properties that would reduce the price of the original $4.8 billion deal by about $250 million, according to people familiar with the matter.”

Also Read: Marissa Mayer to Step Down From Yahoo Board as Company Changes Name to Altaba

The stock prices for both companies rose after Bloomberg published its report, though Verizon’s is still slightly down for the day.

Here’s a snapshot of each, taken at the time of this writing: 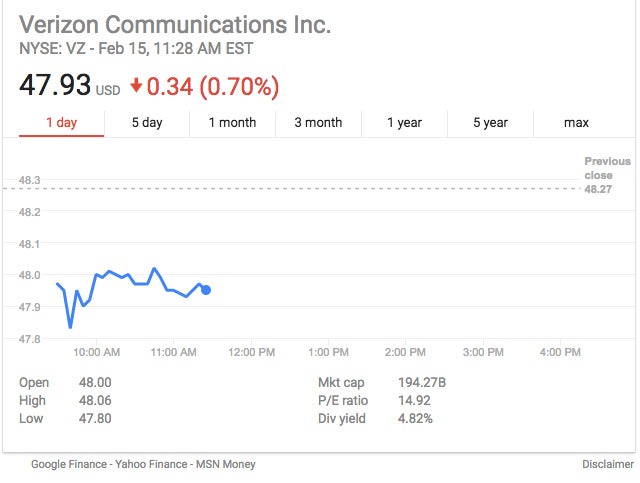 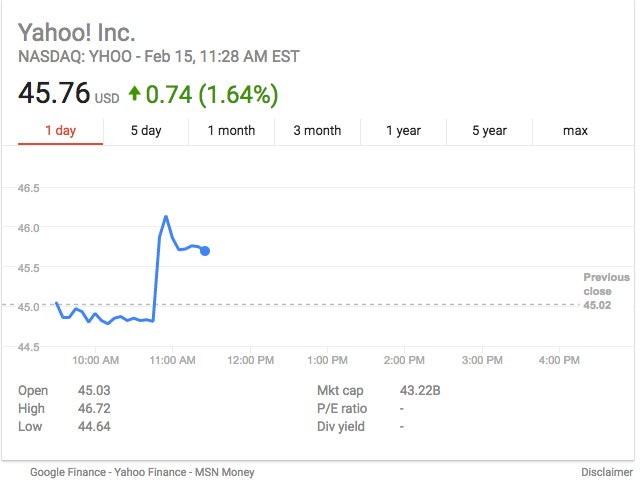 Yahoo subsequently disclosed a security breach in 2013 that affected more than 1 billion of its users — as well as a separate one revealed in September that compromised more than 500 million accounts.

Those disclosures prompted reports in December that Verizon General Counsel Craig Silliman was looking for a price cut or killing the deal altogether.