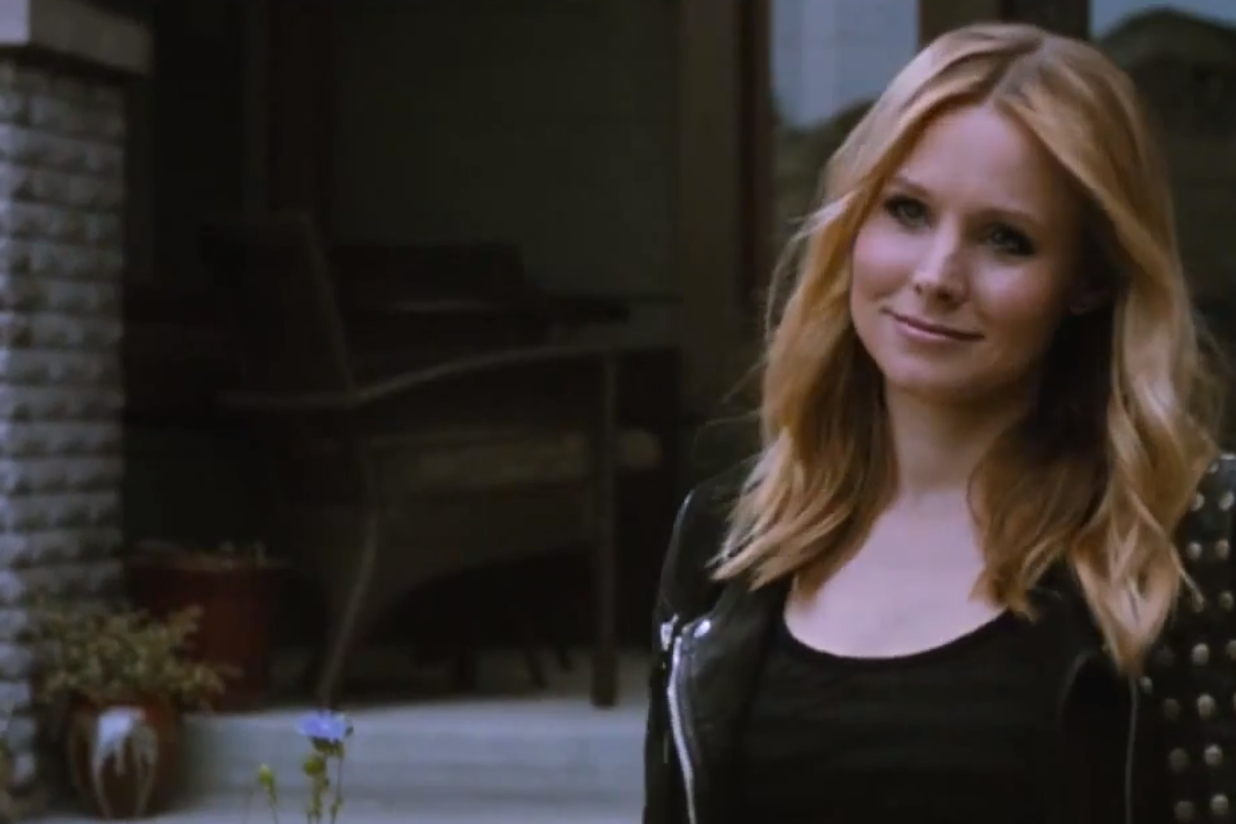 Just when she thought she was out they pull her back in.

TV’s favorite teen sleuth is all grown up and a New York City lawyer in the big screen version of  “Veronica Mars,” but she finds herself smack back in Neptune after her old boyfriend is accused of murder. The film represents a stunning, social media powered resurrection for the cult favorite.

Star Kristen Bell and creator Rob Thomas launched a Kickstarter campaign last spring, which raised $2 million in less than a day to help fund a film version. That display of fan enthusiasm allowed them to earn a greenlight from Warner Bros. It also inspired Spike Lee and Zach Braff to tap the crowd funding service for their own passion projects.

Original stars Enrico Colantoni, Ryan Hansen, and Jason Dohring all return, as well as newbies such as Jerry O’Connell and Jamie Lee Curtis. The film hits theaters on March 14, 2014.

Based on the trailer the dialogue is just as whip-smart, the mysteries are as maze-like as ever and Veronica is still packing a camera with a big ass zoom lens. Plus ça change, plus c’est la même chose.