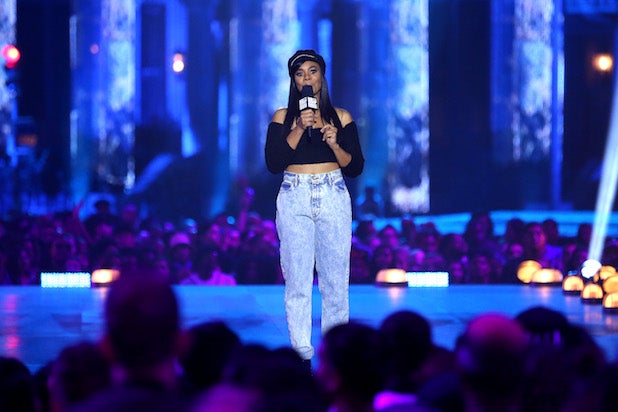 Monday evening’s “VH1 Hip Hop Honors” ceremony had everyone in their feelings reminiscing about the 1990’s.

The 9th annual event was a nod to all the “90’s game changers” in hip hop, television and film and featured some of music’s biggest icons like Missy Elliott, Mariah Carey and Lil’ Kim.

All of Twitter was there for the 90’s nostalgia, with most claiming that it was hands down the best era for music and not even today’s genre could hold a light to it.

Also Read: 'Power' Star Rotimi Akinosho Has to Be 'Sexy' if He Wants to Survive

“I don’t care what nobody says, the 90s is the best decade especially when it comes to fashion and music,” commented one Twitter user.

Others were upset that the honors were only slated to be an hour long instead of at least two hours — because that’s what the greatest era in music deserves obviously.

The “VH1 Hip Hop Honors” show aimed to celebrate hip hop rappers that contributed to the culture. This year, the ceremony was hosted by Regina Hall and honored one of comedy’s biggest legends: Martin Lawrence. He was celebrated for the milestones he created with his comedy series “Martin.”

See some of the best responses below:

The 90s was the littest decade ever. Don't debate. #HipHopHonors

I really feel bad for ppl who didn't get to experience 90s Hip-Hop as independent beings allowed to drop it, pop it, and twerk #HipHopHonors

90s had the best music & fashion. Period! Not up for debate! #HipHopHonors pic.twitter.com/SY3bNDS6yP

This should be 2 hours #hiphophonors

The "biggest decade in hip-hop" only gets an hour??? #HipHopHonors pic.twitter.com/WXwaR4aooP

The music in the 90's is so much better than today ????#HipHopHonors