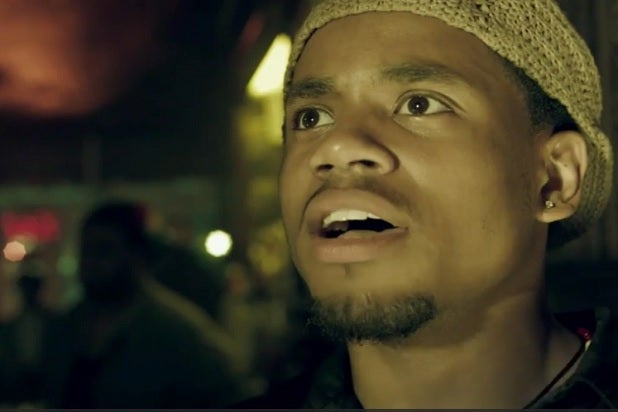 The film scored 1.8 million total viewers in its 9 p.m. debut. An additional 800,000 tuned in for the 11 p.m. encore. It also delivered a 1.3 rating in the advertiser coveted adults 18-49 demographic. “The Breaks” also surged on social media, trending as the number two topic during its premiere time period, according to the Nielsen SocialGuide.

“‘The Breaks’ is VH1 at its best, intersecting 90s nostalgia with hip hop for the masses,” Chris McCarthy, general manager of VH1 and Logo, said in a statement to TheWrap. “We combined those elements to create a breakout film that successfully continues our efforts in original movies which include ‘Crazy Sexy Cool: The TLC Story’ and ‘Drumline: A New Beat.'”

“The Breaks” chronicles the journey of Nikki (Afton Williamson), DeeVee (Mack Wilds), and David (David Call), three friends united by their love of hip-hop, as they work to make their mark in the music industry.

The film takes viewers back to the summer of 1990 in New York City where the music industry’s artists and hustlers intersect in the dance clubs and the street corners of the crime-ridden city. Nikki fast talks her way into working for unpredictable rap mogul Barry Fouray (Wood Harris) while DeeVee finds Ahm (Antoine Harris) – a drug dealer with a lyrical gift who might bring them all to the next level.

Inspired by the book by journalist Dan Charnas entitled “The Big Payback,” a narrative history of the hip-hop business, “The Breaks” is written, directed and executive produced by Seith Mann with a story by Mann and Charnas.