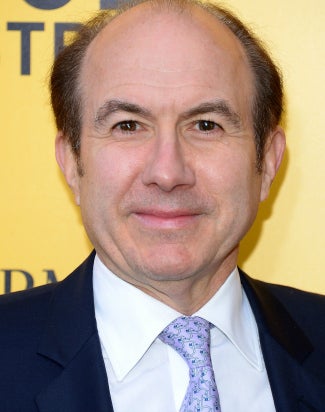 Viacom unveiled its quarterly financials on Thursday morning before the stock market officially opened, missing the mark on its revenue forecast, though hitting earnings per share pretty much on the nose.

The media company reported adjusted diluted EPS of $1.29 for the quarter ending Dec. 31, 2014 on revenue of $3.34 billion. According to TheStreet, the consensus estimate predicted EPS would be around $1.28 on revenue of $3.41 billion. Zacks Investment Research expected earnings to be a penny higher per share.

U.S. ad sales dipped six percent on lower TV ratings, Viacom said on Thursday, explaining away some of the revenue miss. The good news for the company is that both revenue and EPS rose from last year, the latter hitting a record.

Viacom reported EPS of $1.20 per share on $3.2 billion in revenue for the same quarter last year. For what it is worth, for the period ending Dec. 31, 2013, Viacom topped Wall Street’s forecasts at the time, while slightly missing the mark on revenue.

Recently, Viacom revealed that Dauman hauled in $44.3 million in total compensation in 2014, a raise of more than $7 million. Meanwhile, company founder Sumner Redstone brought home far less in 2014 than he did in 2013: $13.2 million versus a year-ago’s $36.2 million.

On Wednesday, Viacom stock (VIAB) closed at $66.50 per share, down less than one percentage point from Tuesday’s close.

The company’s quarterly earnings call kicked off at 8:30 a.m. ET on Thursday. Redstone did not speak this time; he was said to be listening from Los Angeles.

(Editor’s Note: An earlier headline on this story read, “Viacom Earnings Miss Mark on Lower TV Ratings, US Ad Sales.” However, in adjusted diluted earnings per share, the company hit EPS forecasts, though missed on revenue. TheWrap regrets the error.)