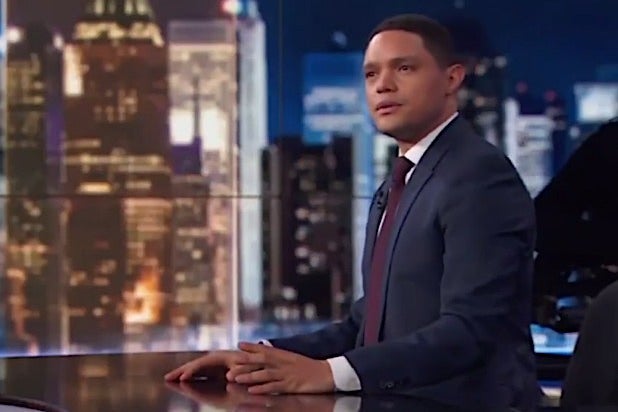 Starting May 1, Pluto TV users will be able to access specially curated linear channels based on MTV, Nickelodeon, Comedy Central, and BET, Viacom and Pluto TV announced Monday morning at the 2019 NewFronts event in New York.

Overall, Pluto TV will be adding 14 new channels from its new parent company, which will be curated specifically for the service. Other co-branded flagship channels include Spike Pluto TV and Nick Jr. Pluto TV. The streamer is also adding a slate of “signature channels” which hone in on popular programming from Viacom’s networks – spinning them into dedicated, themed channels. Those include a Paramount Movie Channel, MTV Guy Code, Spike Outdoors, and  Comedy Central Standup among several others.

“We are thrilled to expand the Pluto TV offering with the addition of Viacom’s world-class channel brands and iconic programming. This is a major step forward in our mission of entertaining the planet,” said Tom Ryan, CEO and co-founder of Pluto TV. “These channels are guaranteed to provide endless entertainment to both new and existing Pluto TV viewers.”

“We have made incredible strides over the past year due to our acquisitions and expansion to grow our digital reach significantly to the direct benefit of our advertising partners.” added Sean Moran, Viacom’s head of ad solutions. “With more touch points than ever before, we look forward to leveraging the full scale and power of Viacom to help our clients create real, authentic connections with our highly coveted and hard-to-reach young audiences wherever they are.”

Launched in 2014, Pluto TV has over 70 content partners, 100+ free channels, and a growing collection of on-demand content. The company, which was acquired by Viacom for $340 million in January, currently reaches over 15 million monthly active users. With the addition of Pluto TV to its arsenal, Viacom estimates that its digital video impressions will grow to 5 billion per month by next year.

Below is the complete list of channels coming to PlutoTV

BET Pluto TV: Kick back and enjoy the best of Black Hollywood through all of your favorite urban movies! Featuring hundreds of hours of classic films and box office hits, this channel is guaranteed to have everything you’ve been waiting for in one place. Grab a snack and get comfortable. You’re going to be stuck here for a while.

Comedy Central Pluto TV: Comedy Central Pluto TV is the destination for the best in iconic original comedy series, late night, sketch, animation and a whole lot more. It features specials from “The Daily Show with Trevor Noah” and a nonstop stash of classic episodes of “Tosh.0,” “Another Period,” “Ugly Americans,” among plenty of others. In short, if you’re looking for something funny, we have good news: you just found it.

MTV Pluto TV: Looking to escape the everyday? Get your party started and take a dive into the most iconic reality and dating shows that only MTV can deliver, including hits like “16 & Pregnant,” “MTV Cribs,” “Are You the One?” and “Punk’d.” You want your MTV Pluto!

Nick Pluto TV: Welcome to Nick Pluto TV where you can watch your favorite classic shows from “All That,” “Teenage Mutant Ninja Turtles,” “The Fairly Odd Parents,” “iCarly” and more! It’s all on Nick Pluto TV.

Spike Pluto TV: The first network for men is on Pluto TV! Spike features series like “Duck Dynasty,” “Pit Boss” and “Cajun Pawn Stars,” starring people who play by their own set of rules. It’s your one stop shop for bold, unapologetic entertainment.

CMT Westerns: Saddle up with CMT Westerns, the best place to kick off your boots and find your favorite country movies.

Comedy Central Stand-Up: Are you looking for groundbreaking stand-up comedy? Well, you just hit the jackpot. Comedy Central is the ultimate stand-up source, opening its iconic vault for Pluto TV by featuring content from the world’s best comedians. Whether you’re revisiting classic stand-up series from Dave Attell and John Oliver or discovering early performances from John Mulaney and Amy Schumer, Comedy Central Stand-Up is a gold mine of series and specials that’ll keep you up all night laughing until your parents, spouse or roommates beg you to turn it off.

MTV Dating: Get cozy with some of the most buzzed about reality dating show hits like “NEXT” and “Parental Control.” Do the romantic hopefuls ever find true love? Maybe, maybe not — but we sure don’t mind watching them try and try again!

MTV Teen: Is the one-stop shop for teen content, including shows like “Made” and “My Super Sweet 16,” with an abundance of OMGs, LOLs and cringe-worthy moments.

Spike Outdoors: The first network for outdoors-men! Spike Outdoors goes all out with a full slate of shows featuring guys making their living off the land. Man up with the modern day adventurers in “Tougher in Alaska,” “River Monsters,” “Bering Sea Gold” and more!  If it’s high octane outdoor shows you crave, journey no further than Spike Outdoors!

MTV’s The Hills: Just in time for the highly-anticipated revival series, “The Hills: New Beginnings,” premiering on Monday, June 24th, viewers can catch up on the series that changed the reality TV landscape and look back at the most unforgettable and iconic moments from the past seasons of “Laguna Beach” and “The Hills.”