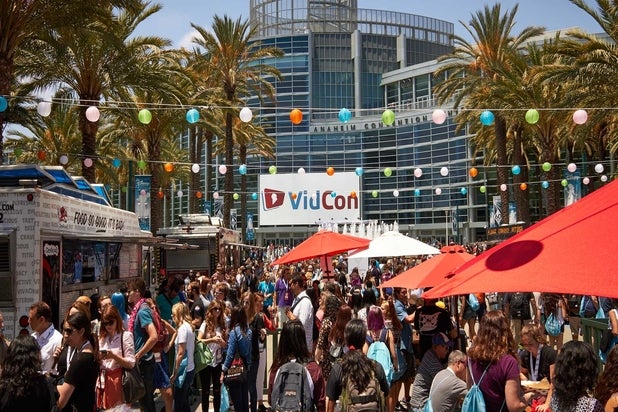 Online video lovers clear your calendar. VidCon, the world’s largest multi-day conference celebrating online video, has announced that its 10th annual, three-day event will be held at the Anaheim Convention Center starting on July 10, 2019. Details on new programming, expanded activations, events, parties, and featured creators confirmed to attend are expected to be released in the coming months.

The announcement comes on the heels of the second annual VidCon Australia, which took place Aug. 31 to Sept. 2, 2018, and played host to YouTuber Liza Koshy, the YouTube channel TheOdd1sOut, and online influencer Caspar Lee, which have a combined following of more than 25 million subscribers on YouTube. MTV Australia also used the event to announce and debut “Total Request Live” — the first international version of the MTV show since the revival of the series launched in U.S. in 2017.

“Over the last ten years, VidCon has become the only place where the industry, brands, the world’s top digital creators and their fans come together to celebrate and change the future of online video,” said Jim Louderback, VidCon General Manager in a statement.  “As we expand across Europe with VidCon London in February 2019, Australia and beyond, our team is busy building a tenth-anniversary celebration in the U.S. that will be the biggest and best VidCon ever.”

Founded by Hank and John Green 10 years ago — before being acquired by Viacom in February — the goal of VidCon was to provide an opportunity for creators to connect with their colleagues and communities in a physical space. Since then, the event has grown into a must-attend for many involved in the online video space. This year’s VidCon US 2018 in June attracted more than 74,000 fans, creators, brands and industry leaders. The event hosted fireside chats and panels with c-level and senior executives from online platform including  Facebook, Instagram, Pinterest, Twitter, Twitch, Snap, Bytedance, and YouTube.