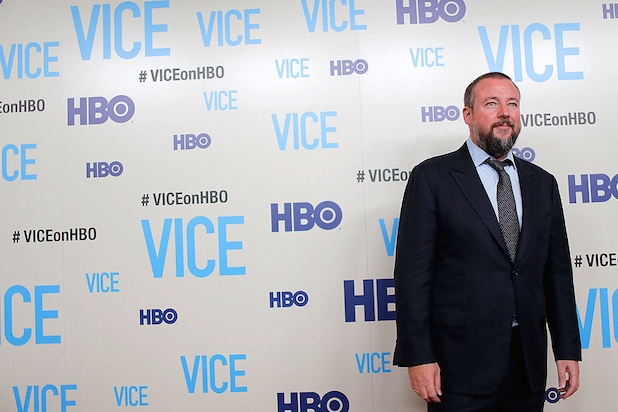 Vice Media is laying off dozens of employees across several departments, a person with direct knowledge of the situation told TheWrap on Friday.

The trendy news outlet is letting go of roughly 2 percent of its 3,000 employees — approximately 60 workers — impacting editorial, branded content and its sales team. At the same time, Vice has been expanding its video production as it looks to jump into new markets internationally.

Employees were notified on Friday morning and the cuts will go into effect immediately.

Vice did not immediately return TheWrap’s request for comment.

Just last month, Vice hauled in $450 million in funding from private-equity firm TPG, pushing its valuation to $5.7 billion. The cash infusion was to help the media giant add more video content and develop shows for Viceland, its budding cable channel.

“This will allow us to: build up the largest millennial video library in the world — enabling Vice to widen our offering to include; news, food, music, fashion, art, travel, gaming, lifestyle, scripted and feature films,” said Vice co-founder and CEO Shane Smith in a statement at the time. “Building out this wide ranging and rich library of gold standard content will be an essential component of our future Direct to Consumer tech stacks and our innovations in transactional relationships – all of which represent the future of media.”

The Brooklyn-based outlet is looking to jump from 34 countries to 80 countries by the start of 2018, and has been looking to beef up its video production teams as it enters new markets.

Vice’s shifted focus to video underscores a recent trend in online media. Fox Sports axed its stable of writers in June to double-down on producing video content. If supposedly on-the-rise outlets like Vice are cutting editorial jobs, it doesn’t bode well for the industry.

All good things come to an end. @VICESports will cease to exist as site. And I no longer work at VICE. It was a great run.Thanks for reading

The layoffs were first reported by Variety.