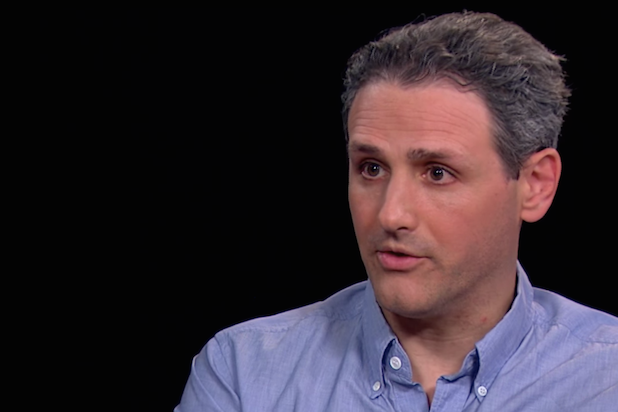 Vice News is closing in on a deal to launch a new show with Hulu, production of which has already started, Vice executive Josh Tyrangiel told staffers.

In his regularly scheduled Monday meeting at Vice News’s New York offices, Tyrangiel said the final details hadn’t yet been ironed out and that the company had decided to engage with Hulu after HBO’s decision to end Vice’s weekly news show “Vice on HBO.”

An audio recording of the meeting was obtained by TheWrap on Monday. Hulu declined to comment. Vice did not immediately respond to request for comment.

Also Read: Vice Media to Lay Off 10 Percent of Staff in Company Restructuring

“Hulu expressed interest in working with us. Once we understood where things might be headed with HBO, we engaged with Hulu,” said Tyrangiel, who leads Vice Media’s news division. “It has taken an immense amount of time. We now have paper. We now have pens. The pens are not on paper.”

“At the same time, we are confident enough that production on that show is going to start today,” he added.

Tyrangiel urged employees not to share any of the Hulu details with outsiders, for fear that it would threaten the deal.

“This cannot leave this room. I’m really asking for your discretion,” he said. “There’s no reason for us to risk those pens getting to paper by talking about this with anyone outside this room.”

Tyrangiel noted that the Hulu deal would not be as lucrative as Vice’s previous arrangement with HBO.

“It’s a good deal. It’s a fair deal for both sides. It’s fair-market value,” he said. “It is not the ‘Vice on HBO’ deal. There is a revenue shortfall.”

In the meeting, Tyrangiel also talked about layoffs at Vice Media Friday, saying loss of HBO revenue had been a factor and that the company had expanded too aggressively over the past decade.

“Restraint is not a hallmark of the Vice corporate strategy. The pursuit of growth was everything for the previous ten years and on Friday we closed offices that — I gotta be honest — I did not know existed,” he said.

He added that company investors were demanding Vice become “profitable” in 2019, leaving management with little choice.

“Bluntly, our sales team has let us down three consecutive years and that letdown I take very personally. It upsets me tremendously,” Tyrangiel said, while adding that the failure of sales had made cuts to Vice News unavoidable.

“It’s hard to argue with the logic,” he said.

Tyrangiel is a longtime media hand and is known to work closely with Vice Media chief Nancy Dubuc. Before joining Vice, he spent more than six years at Bloomberg and a decade at Time Magazine before that.