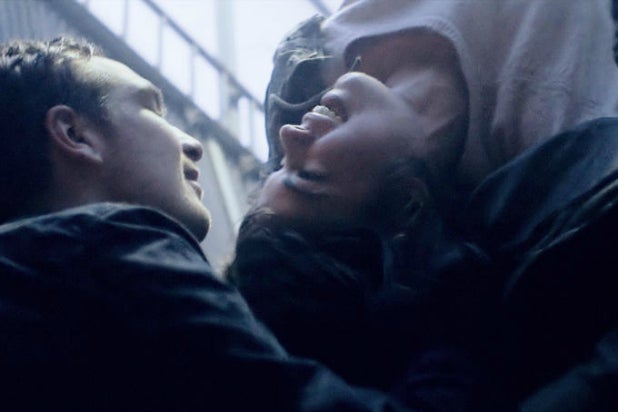 Nobody makes smart decisions at 4 a.m., especially not after a night of shots and sweaty dancing. That partly explains why Victoria (Laia Costa), a college-age Spanish tourist on an extended visit to Berlin, decides to spend the three hours until she has to go to work hanging out with the quartet of track-pantsed German lugs she meets at a grubby club. The next two hours will probably be the most eventful of her life — if she can survive them.

Shot in a single, 138-minute take and set in real time, “Victoria” is immersive but rarely insightful about its protagonist.

The title is a misnomer anyway; this uneven but funny and engrossing drama is less about Victoria than about time itself: how it slows down in the bleary middle of the night, how it speeds up relationships between strangers when no one else is around, how capacious it is in containing the most unexpected of swerves and stumbles.

“Victoria” begins as a wincingly realistic take on Richard Linklater‘s “Before Sunrise.” Sweat-dampened Victoria, sporting an adorable constellation of blemishes on her right cheek, attempts to leave behind slurry-tongued Sonne (Frederick Lau), who’s just a few days away from his unibrow’s re-emergence. They make small talk readily but roughly in not-quite-fluent English, while Sonne’s three pals attempt to grab Victoria’s attention with pranks and abrupt confessions.

When the trio finally go away, it’s a relief. There’s only so much meandering drunk talk — improvised off a 12-page bilingual script by director Sebastian Schipper and co-writers Olivia Neergaard-Holm and Eike Frederik Schulz — to which a sober person should be subjected. (The filmmaker behind “Sometime in August” and “A Friend of Mine,” Schipper is perhaps best known to American audiences as an actor in Tom Tykwer‘s “Run Lola Run” and the exquisite “3.”)

Alone, Victoria and Sonne eventually reach a moment of sweetness and connection, but that’s when the script takes a hard left into crime thriller territory. It’s a welcome shift in genre, especially given the tense immediacy the handheld camera provides. (DP Sturla Brandth Grøvlen chases after the running actors so much that the film’s second half might require a dose of Dramamine.) For reasons that are implied but not fully convincing, Victoria decides to be the driver in a bank robbery that Sonne and his friends are forced to commit at the crack of dawn. 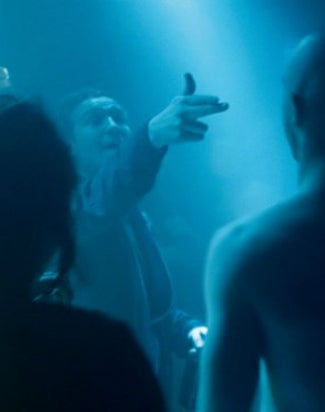 Victoria finally comes into her own when she’s forced to improvise after her new pals are injured by police bullets. At one point, she even kidnaps a baby to get out of a tight corner. After staring a bit too long at the steep drop from the roof of a high-rise earlier in the film, Victoria’s sense of self-preservation — so lacking in the careless boys — makes her struggle for a future breathlessly thrilling and tense.

If her easy willingness to participate in a poorly planned heist isn’t quite persuasive, the intensely loyal bond between Victoria and Sonne lives up to the camerawork’s emotional urgency. They develop something much more meaningful than the romantic or sexual rapport the small-time crook had hoped for when he first said hello. Indeed, their brief relationship brims with power, passion, and monumentality neither could have imagined just two hours earlier.