Gamers across the globe spent $10.46 billion on digital video games in June, making this month the second-highest selling month after April of this year, Nielsen’s SuperData reported Wednesday.

SuperData found that revenue from PC, mobile and console games was up 3% from May and 9% annually when compared to June 2019 — when the global games market raked in $9.6 billion in revenue.

Riot Games’ first-person shooter game “Valorant” debuted on June 2 and achieved the biggest launch ever for a free-to-play PC title in both revenue and player count, SuperData said. The analytics firm also noted that “Valorant” made more than competing shooter game “Counter-Strike: Global Offensive,” developed by Valve, and appears to be poaching players. 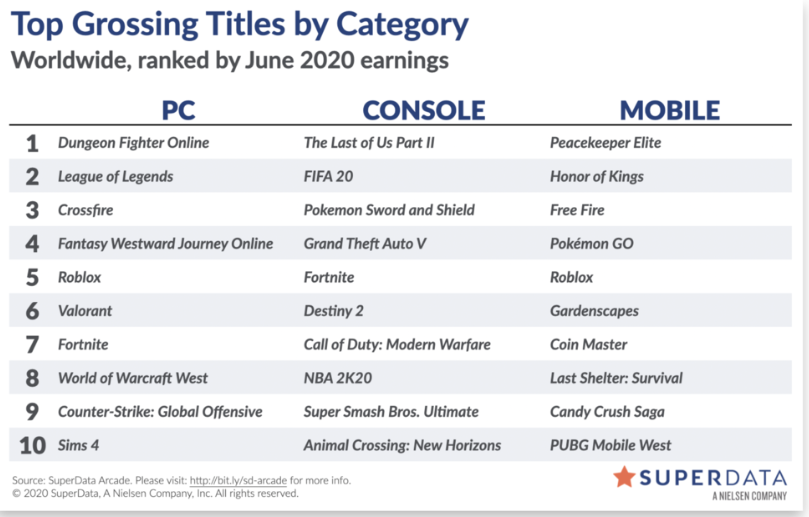 “‘CS:GO’ user numbers and revenue were also down for the second straight month in June, indicating Valorant is siphoning away players,” SuperData reported.

PC and console revenues were still down from peaks set in March, but the slight drop was offset by higher mobile game spending in June.

“Mobile game spending typically sees a boost in the summer months, and this seasonal growth was likely further bolstered by the limited availability of other entertainment options due to COVID-19,” SuperData noted.