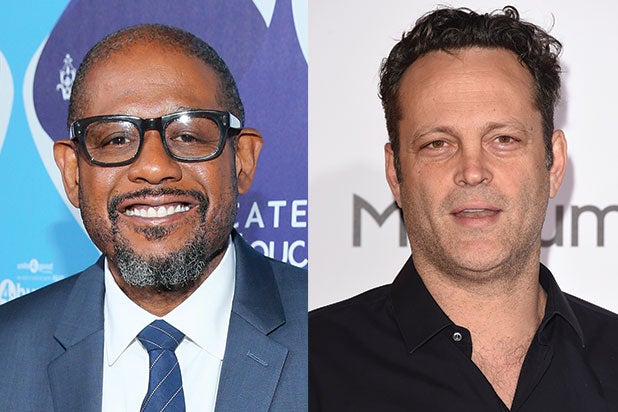 13 Films is handling international rights and will introduce the project to buyers at the upcoming American Film Market. WME Global is handling North American rights.

Based on Ashton’s play “The Archbishop and The Antichrist,” the film follows a fictionalized account of Archbishop Desmond Tutu’s (Whitaker) meetings with brutal murderer Piet Blomfield (Vaughn), who seeks redemption for the atrocities he’s committed while he serves a life sentence in prison in post-apartheid South Africa.

“ brings a great sense of depth and power to all his performances and he is the perfect match for Tutu’s complex character. continues to prove his wide-ranging acting skills following his more dramatic roles in ‘Into the Wild’ and the upcoming ‘Hacksaw Ridge.’ Under the direction of Roland Joffé, their combined star power and talent is undeniable,” said Tannaz Anisi, president of 13 Films.

Whitaker is currently filming “Rogue One: A Star Wars Story,” which Disney will release on Dec. 16, 2016. He recently starred opposite Jake Gyllenhaal in “Southpaw” and will soon be seen alongside Amy Adams and Jeremy Renner in Paramount’s sci-fi movie “Story of Your Life.” Whitaker won an Oscar for “The Last King of Scotland” and earned rave reviews for his work in “Lee Daniels‘ The Butler.”

WME represents Vaughn and Whitaker, who is also repped by Brillstein Entertainment Partners.