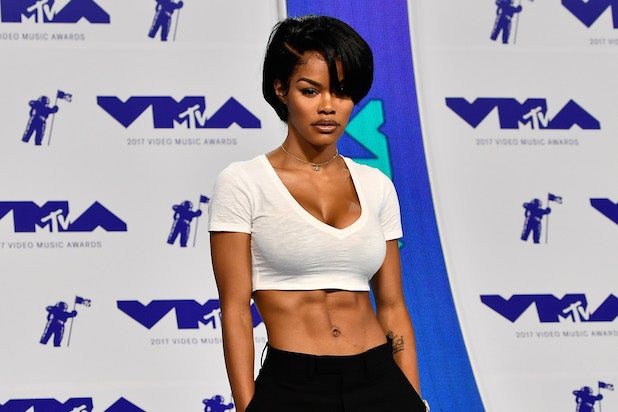 Teyana Taylor arrived at Sunday’s MTV Video Music Awards in a simple yet chic outfit that was oddly familiar.

At the ’95 awards, Jackson won the award for Best Choreography in a Video for her “Scream” video with Michael Jackson — the same award that Taylor won for Kanye West’s “Fade.”

This wasn’t the first time that Taylor took a page out of Jackson’s book. Back in 2012, the actress recreated Jackson’s topless 1993 Rolling Stone cover.