Television industry executives stranded at the MipTV market in Cannes, thanks to the giant cloud of volcanic ash that has closed many of Europe’s airports, are getting creative as they try to get home, while this weekend’s Coachella Music Festival is facing a growing number of cancellations due to stranded musicians.

Layar Reality Browser co-founder Claire Boonstra, stranded at MipTV, tweeted on Friday morning: “Hello people stuck #MIPTV and around. I have arranged a bus back from Cannes to Amsterdam for 40 people, tomorrow. Who wants to join?” (Update: Boonstra, in response to TheWrap’s query about her progress, said late Friday via Twitter:  "i will leave sunday by car – managed to arrange something with people i know in St Tropez. Was a hassle but succeeded!")

Wednesday’s eruption of Iceland’s Eyjafjallajokull volcano is wreaking havoc with travel plans, as its plume of ash spreads across Scandinavia, the United Kingdom and northern Europe. Further complicating travel is a pending French train strike, which could 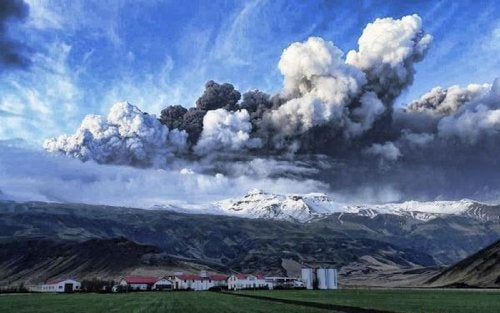 Dawn Simpson, senior policy exec for U.K. producers’ association Pact, told C21 Media that many companies attending MipTV had been pulling together to jointly rent buses. On the bright side, she said, the normally quiet Thursday – MipTV’s final day – had been surprisingly busy.

At about 1 p.m. on Friday, British Airways said it was canceling all flights to and from London airports through Saturday.

Many Mip attendees were turning to Twitter for assistance and commiseration, or just sharing their convoluted escape routes. Cross-media expert Gavin McGarry of Jump Wire Media tweeted: “Tip: Saturday trains to Paris 705am and 1105am. Just get on the train. Pay later. People did this today & got to Paris.”

Film/TV producer Elisar Cabrera ended up taking a 12-hour drive from Cannes to Calais, “Night at hotel then mad rush for ferry in the a.m. Escape from #miptv almost done.”

Others offered space in their cars, lifts to the Toulouse airport or news of what was working for others.

Others took the long way home; one Starz executive was on his way back to Los Angeles via Barcelona, with a total of four flights and an overnight stay in New York along the way.

Ian Laing, a principal in British design firm LCD, was planning to enjoy his unexpected weekend in Nice. He said via Facebook that some RDF Rights employees at MipTV were investigating hiring a private plane to get them back to London. (It was his understanding that airports in the northern U.K., such as Preston, were open.)

Larry Namer, president of Metan Media, responded by Twitter to TheWrap’s call for travel disaster stories, saying his planned weekend in Los Angeles, between MipTV and heading to China, had been called off. "i got a flight Nice to Madrid on Saturday and then Madrid to Beijing Monday. I m lucky I had a week apt rental in Cannes so im here," he said.

Then there was the “make lemonade from volcanic ash” press release from ID Communications: “Preparing to leave MipTV, thousands are stranded in Cannes due to the volcano eruption in Iceland. It just so happens we have the most wonderful film about Iceland, the rugged beauty and even the volcanic activity on the island.”

Trailer and contact information was included, in case anyone wanted to cash in on the nation’s sudden newsworthiness.

Meanwhile, with many flights unable to leave Europe for the U.S., the three-day Coachella Music Festival in Indio, California, is seeing the cancellations pile up. About 80,000 fans this year were expected to attend this weekend; TheWrap did not receive a reply from festival organizers on how many out-of-country ticket holders would not be able to make it due to travel delays or cancellations.

The Cribs, who were scheduled to play on Friday, detailed the derailment of their efforts to get the U.S. from the U.K. for their slot on their MySpace page late Thursday.  “We’ve sat around all day in carparks, airports, service stations, ferry ports and our van, talking on the phone constantly to managers/promoters/agents/air traffic control,” wrote the band, which includes former Smiths guitarist Johnny Marr. “(I)t became clear that even if the airspace was considered clear tomorrow morning, AND the flight wasn’t delayed, we wouldn’t be able to make it. Pretty hard to accept.”

Scottish band Frightened Rabbit, who were scheduled to play Coachella on Saturday afternoon, tweeted from the U.K. that it was truly “unlikely” they’d make it to play the desert festival “unless they allow us to headline Sunday night. In other words, no.”

So far, other bands that are confirmed not to be making it to Coachella this year include former New Order guitarist Bernard Sumner’s new group Bad Lieutenant, Los Campesinos! and 1980s chart topper Gary Numan.

Headliners Jay-Z, Muse and Gorillaz are all in the United States and still scheduled to take the Main Stage over the weekend, according to their representatives