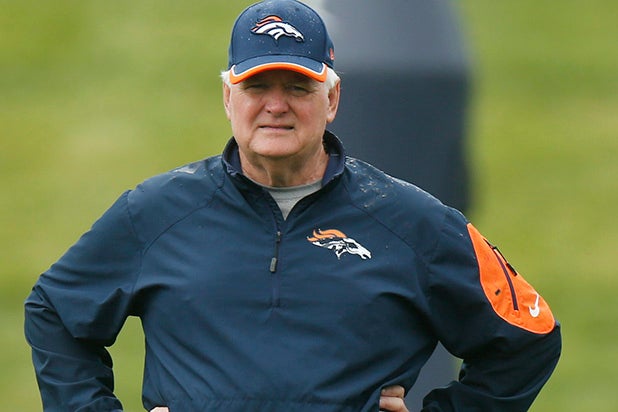 Football is a dangerous sport — even for those just watching the game. (Right, Pam Oliver?)

On Sunday, Denver Broncos’ defensive coordinator Wade Philipps got drilled by an opposing player during an unfortunate sideline collision. The San Diego Chargers’ Melvin Gordon ran into the 69-year-old veteran coach, sending him crashing to the ground. Philipps appeared to hit his head.

Philipps was stabilized and carted off the field, giving fans the “we’re No. 1” finger signal on his way off. He was taken to a local hospital and ultimately released after everything checked out “OK,” per the NFL. Philipps is expected to rejoin his team today.

Wade Phillips got hit by a player on the sideline pic.twitter.com/MDlHvzYNUw