With the Friday release of “Everest,” the PG-13 fact-based thriller starring Jason Clarke, Josh Brolin, Jake Gyllenhaal and Keira Knightley, Walden Media is preparing to scale new heights at the box office — and expand the scope of its production slate beyond more traditional children’s fare like “The Chronicles of Narnia.”

“We’re in an age where family movies have changed,” Walden Media VP of development and production Naia Cucukov told TheWrap.

Walden is currently in production on two projects with DreamWorks: Steven Spielberg‘s adaptation of “The BFG,” due in 2016, and Lasse Hallstrom‘s “A Dog’s Purpose.” “It’s hard to work with animals and Lasse is doing an amazing job wrangling everything,” said Cucukov, who joined Walden two years ago following film-development stints at Virgin Produced, Bold and Legendary.

Cucukov is also excited by some other upcoming Walden projects in the works: “Flat Stanley” at 20th Century Fox; Kealan O’Rourke’s script for “Happy Krampus” with the Jim Henson Company; and “A Babysitter’s Guide to Monsters” with Ivan Reitman‘s Montecito Picture Company.

Though Walden quietly dropped projects based on “The Berenstain Bears” and “The Family Circus,” it’s still developing an adaptation of Alice Ozma’s “The Reading Promise,” a project that Cucukov loves and insists is moving forward after going through some turmoil because of the bankruptcy of Relativity Media.

Cucukov spoke to TheWrap about how “Everest” isn’t such a radical departure from the company’s formula, its plans for television and what it learned from the disappointing performance of “The Giver” last year. 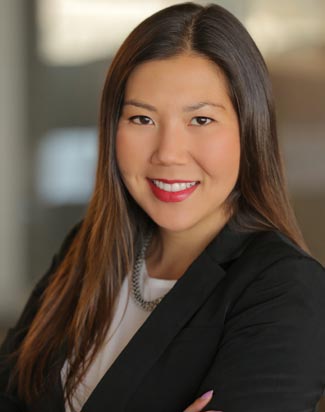 Walden has branded itself as a family-friendly company with films like “The Chronicles of Narnia” and “Journey to the Center of the Earth,” not to mention “Charlotte’s Web” and “Bridge to Terabithia.” However, “Everest” is a step in a more mature direction. Are you expanding the definition of a family film?

We’ll always have Disney and Pixar, but there are kids who are 5 or 6 years old at Marvel movies. Expectations have been raised high, and for us to remain competitive and viable, we’ve had to expand.

We’re still family-friendly, but the definition of what a family movie is has changed in the last couple years. You don’t immediately think of “Everest” as a Walden movie, but it’s about men and women testing the limits of humanity and when things go wrong, the most important thing they have is their families. That’s what they’re fighting to get back to. So you bring your 13-year-old kid and have a conversation with them afterwards instead of your 5-year-old.

What’s Walden Media looking for these days?
The three tenets I hold to are inspirational, aspirational and explorational. If a movie has any of those elements, it’s something we can seriously consider, because at the end of the day, our movies have to have heart.

When Warner Bros. was running around asking everyone for money on “Gravity,” they didn’t think of us because it was considered too extreme and not family-friendly, but it’s about a woman striving to find her humanity and get back to Earth, and nothing could be more Walden than that.

We’d love to get into animation and have a presence in that space. We’re working on “A Babysitter’s Guide to Monsters,” which is a big, fun, commercial movie with a ton of heart, and it’s based on a book, so we’ll have something to reference back to and get kids excited with. The brand encompasses a lot of things as long as they fall under that PG-13 family banner.

What about television?
Television has always been a viable space for the family, and new trends in binge-watching and the rise in co-viewing really make it an appealing medium for us to move into. We have been very picky with material. Obviously, we’ll never go as dark as, say, a “Breaking Bad” or a “Game of Thrones,” but at the high-concept end, it’s something like “Once Upon a Time,” or on a more grounded level, something like “Chasing Life” or “Blue Bloods” would be a good fit for us.

Shows that bring the family together, shows that inspire. We want it to be known that we are open for business for creatives and producers in the TV space who want to develop their family-friendly projects, and are willing to spend in order to find that special Walden series. 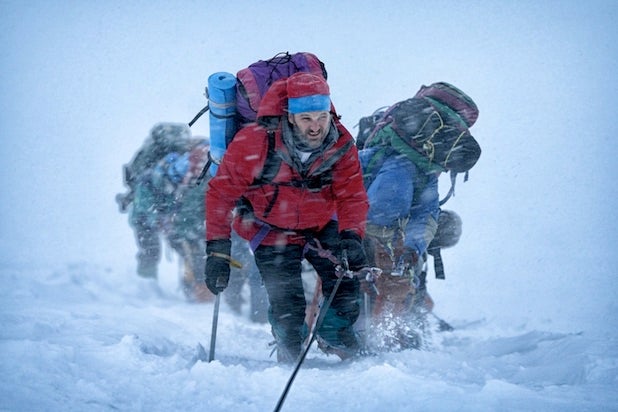 What’s the biggest challenge on a movie like “Everest”? Keeping the cast from being miserable in those trying elements?
It was a perfect kind of shoot for a movie of this caliber. We shot at base camp at Everest itself and it was a great experience for the cast and crew to feel the majesty of that mountain range. Then we filmed in the Dolomites in Italy before moving to Rome and ending up in London. There were a lot of locations for the crew and each presented different obstacles, but I’d say the fake snow bothered the actors more than the real snow did.

I was nice and safe in my office in California but for them, it was about realizing your limits as a human being. My father was a climber, so I grew up going to mountains and said my first word on a trail in the Rockies. I know your body starts to react at a certain altitude and things get harder. Not only were they climbing and dealing with high altitudes and extreme weather conditions, but they also had to work and perform. I give them immense props for it.

On a big movie such as “Everest,” how do you keep costs down? The Cross Creek principals recently claimed the film was made for $42 million, and that seems remarkably low for a film of this scale.
That might have been the net number. We had to be very creative and savvy about where we were shooting in order to get as much bang for the buck. Our finance guys and number-crunchers did a good job finding tax rebates and other incentives.

Was there a bit of a race during development to get this movie made ahead of Tom Hardy‘s “Everest,” which was at Sony with Doug Liman directing and Sheldon Turner writing?
We heard from Sony after the fact and had a sit-down with [producer] Doug Belgrad. He said, “We’re excited for your film,” because it could open the door for this genre, and any success of this film can only help their project. There was no real competition — it was more of a kinship than anything. 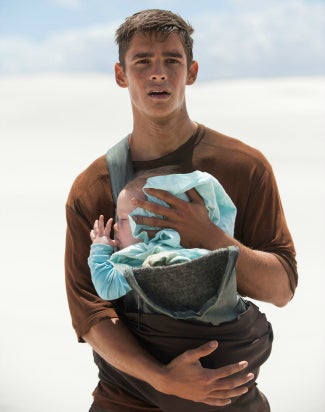 What did Walden learn from the experience of “The Giver”?
“The Giver” was just going into production when I arrived. That book started the trend of dystopian YA and Lois [Lowry] was immensely influential, but the movie was a passion project that came out after “The Hunger Games” and “Divergent.”

I think we might’ve benefited from a different release date. Mid-to-late August is a hard space to be in when kids are going back to school. There was an educational outreach component to that film, but we heard more than once that teachers wanted kids to wait to see it because they were going to be reading the book in school. It was a great experience and considering the [dark] subject matter, I thought we made the best movie we could.

Will there be future installments in the “Journey” or “Narnia” franchises?
“Journey” is still very active at New Line and “Narnia” is with Mark Gordon now. I know he’s working hard to move “The Magician’s Nephew” forward and we wish Mark nothing but the best.

What made you want to get into this crazy business?
I grew up in a small town in southern New Jersey where there was one small movie theater. The highlight of my week was going to the movies with my parents and then going to dinner and talking about the movie with them.

I joke about it, but the movie that made me realize I wanted to be in the film business was “Pearl Harbor.” I went to see it and there were a ton of veterans who served in the war and wore their uniforms, and they were sitting next to families and groups of high school kids who were snickering with friends.

I just remember thinking, “This is such a weird, amazing diaspora of humanity and we’re all watching the same thing and feeling similar emotions.” Say what you will about that movie, but it was a powerful experience that hit me hard, even at a young age.

You have a Twitter account but you’re not particularly active. Would you caution young executives against using social media? Can tweets come back to bite you in the ass?
I think they can. I use Facebook and Instagram more than Twitter. Social media can be a big asset but it can also be your worst enemy as a young executive. I came up at the start of Facebook and I remember walking into a meeting and having an agent comment on one of my pictures from back in college. I was like, “Oh my God, I’ve gotta lock that stuff down!” If you say it on social media, don’t be afraid to say it in person. You’re representing your company in everything that you do.

What advice would you give someone trying to get a job in development?
Be patient and be stubborn. Kids these days expect to walk into a job and be handed something off the bat, but we all have that moment where we realize we have to learn the ropes.

I have these conversations with my interns all the time. I have to give you 70 bad scripts to read before I give you one good script because I want you to know what not to do before you learn what to do. I’d tell them to read everything they can.

At my first internship, I would stay on Red Wagon’s Studio System account and read up on who wrote what script and who directed that movie and how many clients agents have. Knowledge is power in this business, but you also have to trust your instincts. This business is opinion-based, so don’t be wishy-washy because it won’t help you get ahead.

Watch the “Everest” trailer below.