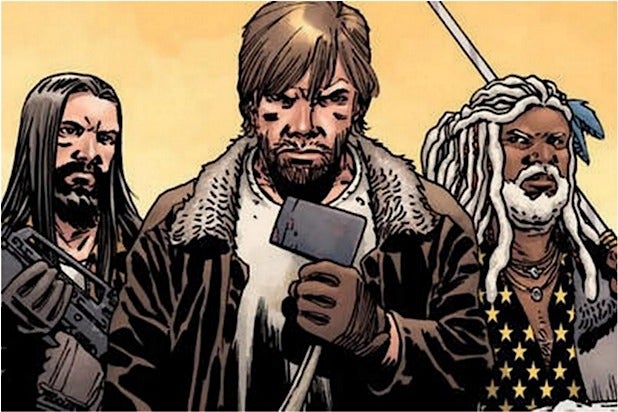 “The Walking Dead” comic book, the source of one of the most successful franchises in television history, has come to an abrupt end: Creator Robert Kirkman made it clear at the end of issue #193 that he is ending the series after 16 years with no warning.

The comics provided the basis and inspiration for AMC’s long-running TV show of the same name, which is currently in its ninth season and has spawned two other shows. The end of the comic book raises questions about the future of the show, although the AMC drama has never followed the comic book precisely, and has rather offered its own takes on familiar characters and storylines.

“This is the end of The Walking Dead. That’s it… it’s over… we’re done,” Kirkman wrote in the final pages of the comic, which will be released Wednesday.

Also Read: AMC Will 'Reevaluate Our Activity in Georgia' If Abortion Law Goes Into Effect

Kirkman explained his rationale for ending the series without telling readers what to expect.

“I’m completely willing to bet some of you are angry over this,” he wrote in a lengthy letter to fans at the end of the final issue. “I get it… I do. I mean… WHY didn’t we announce this so that fans could have some time to prepare?'”

“Well… personally… I hate knowing what’s coming,” he continued. “As a fan, I hate it when I realize I’m in the third act of a movie and the story is winding down. I hate that I can count commercial breaks and know I’m nearing the end of a TV show. I hate that you can FEEL when you’re getting to the end of a book, or a graphic novel. Some of the best episodes of Game of Thrones are when they’re structured in such a way and paced to perfection so your brain can’t tell if it’s been watching for 15 minutes or 50 minutes … and when the end comes … you’re stunned.”

Kirkman added: “In a way, killing this series has been a lot like killing a major character. Much, much harder… but the same feeling. I don’t WANT to do it. I’d rather keep going… But the story is telling me what it wants and what it needs. This needs to happen. Whether I want it or not.”

Earlier Tuesday, Kirkman teased things to come with a tweet: “Details about this issue will more than likely start to leak today. If you’d prefer to not be spoiled, I would recommend being very careful online until the issue is released Wednesday. It’s a big issue in more ways than one.”

He added, “You’ve been warned.”

He ended the the tweet with the hashtag #UnderstatementOfTheYear.

The comic series from Image Comics and Skybound Entertainment has published since 2003, while the TV series has been on the air since 2010 and has inspired the recap show “Talking Dead” and the spinoff “Fear the Walking Dead.”

AMC, which produces both “The Walking Dead” TV series and the spinoff “Fear the Walking Dead,” promised that the franchise would continue. “This extraordinary comic created a world that already lives in multiple forms, and in the hearts and minds of millions of fans around the world, and will for many years to come,” a spokesperson said in a statement.