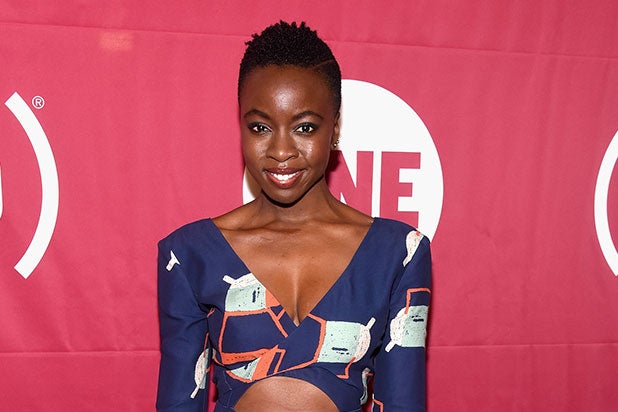 “The Walking Dead” actress Danai Gurira has joined the cast of Tupac Shakur biopic “All Eyez On Me,” TheWrap has learned.

Gurira will play Shakur’s mother, Afeni Shakur, in the film, which is being distributed by Open Road and directed by Benny Boom.

Demetrius Shipp Jr. is set to play , while Jamal Woolard will reprise the role of East Coast rapper Biggie Smalls, who he also played in the 2009 film “Notorious.”

The Morgan Creek Productions project will tell the life story of rapper Tupac. The title of the movie comes from his 1996 record by the same name. Shakur was shot multiple times on Sept. 7, 1996 in a drive-by shooting in Las Vegas, and died six days later.

The movie is already filming in Atlanta, and is produced by James G. Robinson and David Robinson of Morgan Creek, as well as LT Hutton.

Gurira is best known for her role as Michonne on AMC’s “The Walking Dead.” Her other TV credits include “Law & Order” and “Treme,” and her film credits include “The Visitor,” “Ghost Town” and “My Soul to Take.” She also voiced a character in the animated feature, “Tinker Bell and the Legend of the NeverBeast.”