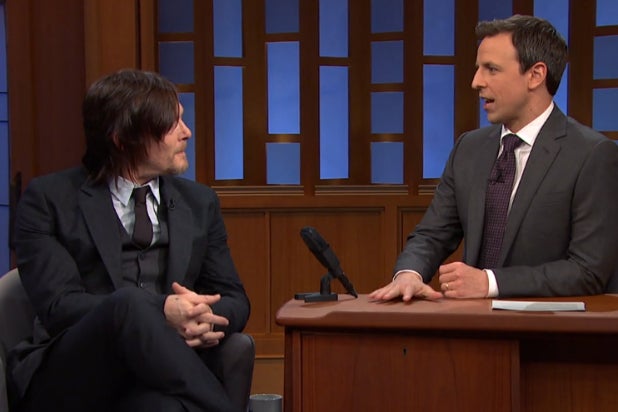 The AMC show films in Georgia, where Reedus often screws around with his co-stars: standing just off camera with his pants around his ankles (cue audience “woo!”), or whispering “I love you” to Andrew Lincoln during a particularly dramatic scene.

Reedus’ downtime is spent riding his motorcycle and artistically photographing roadkill — for charity, of course. Oxfam, an anti-poverty group, asked the zombie killer to snap some photos while down south for a Times Square exhibit.

“I think they wanted behind-the-scenes photos, which I obviously can’t do,” he explained to Meyers. “I decided to do roadkill.”

The disgusting, zombie-like photos sold to tourists inside of one hour. Watch the clip: