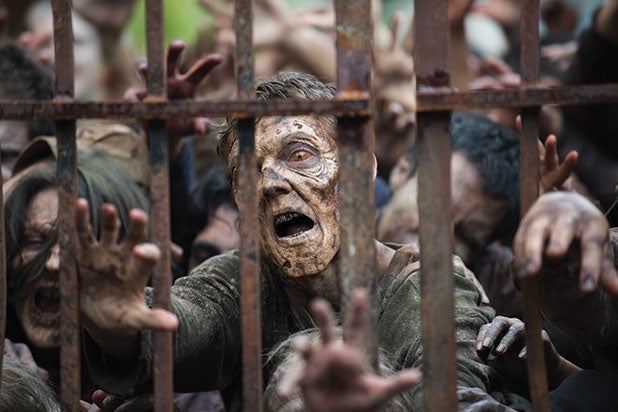 For years, “The Walking Dead” has been part of the signature “Halloween Horror Nights” maze at the theme park. Now, the attraction will no longer just be seasonal but a permanent walkthrough offering.

Universal Studios Hollywood is partnering with the show’s creative team, including executive producer and director Greg Nicotero, to construct prosthetics, original molds and painted decorations to make the experience real to visitors. It will bring fans closer to the TV show’s universe.

“‘The Walking Dead’ is a phenomenon that has successfully and consistently affected the pysche of viewers on a global basis, since its debut,” said Larry Kurzweil, president of Universal Studios Hollywood. “We’re taking its intensity to the next level by collaborating with the show’s award-winning production team to create an authentic living representation of the series that can only be experienced at Universal Studios Hollywood.”

The attraction will be located just inside the theme park’s entry within an entirely new, custom built structure.

“The Walking Dead” depicts the story of a group of survivors in an apocalyptic world overrun by zombies that are out to eat flesh. It premiered in 2010.

Universal Studios Hollywood is also opening “The Wizarding World of Harry Potter” at the beginning of April.