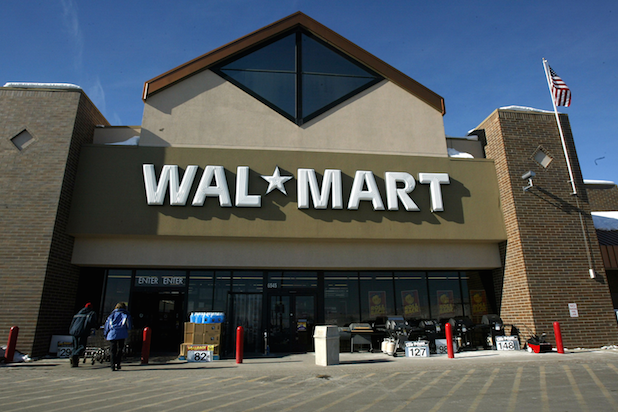 Walmart is weighing the launch of its own video streaming service to take on Netflix and its chief rival, Amazon, according to a new report from The Information.

The retail giant believes a service priced at $8 a month or less would appeal to its massive customer base, stated The Information. Walmart is also considering a free streaming service that would be supported by ad revenue.

Walmart did not immediately respond to TheWrap’s request for comment.

Walmart’s jump into video streaming would be another battlefront for the company to duke it out with Amazon. Walmart countered Amazon’s buyout of Whole Foods last year by acquiring Flipkart, India’s most popular e-commerce site, earlier this year — outbidding Amazon in the process. Going to market with a $8 a month streaming service would put Walmart below the $8.99 a month for Amazon Prime Video, and below the monthly $14 for Netflix’s most expensive subscriber package.

At the same time, launching a streaming service could be a costly undertaking Walmart ultimately decides against. Netflix is spending $8 billion on content in 2018, while other tech giants, like Apple and Facebook, have earmarked $1 billion for programming. And Vudu, Walmart’s video-on-demand service, hasn’t been a major player since Walmart bought it in 2010. Users only spent 18,000 hours on the service in May, a far cry from the nearly 900,000 hours spent on Netflix, and 315,000 hours spent on Amazon Prime, during the same period, according to The Information.