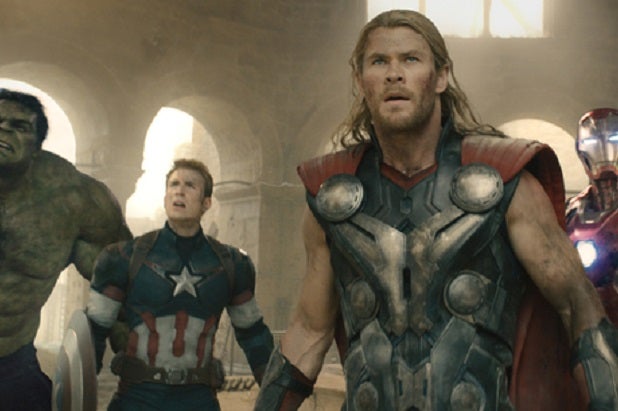 Shares for the entertainment giant fell 4 percent in after-hours trading, to $116.80.

Studio entertainment revenues in the quarter increased 13 percent to $2 billion, while operating income increased 15 percent to $472 million. Higher operating income was due to an increase in theatrical revenue from big-screen hits like “Cinderella” and “Marvel’s Avengers: Age of Ultron” as well as growth in international TV distribution from “Star Wars” titles and consumer products revenue still strong thanks to “Frozen.”

These increases were partially offset by the disappointing returns for “Tomorrowland,” the rise in film costs and a decrease in home entertainment revenue since “Big Hero 6” posted lower unit sales compared to “Frozen” the previous year.

“We’re very pleased with our performance in the third quarter,” Chairman and CEO Robert A. Iger said. “The strong results across our many diverse lines of business demonstrate the power of our unparalleled brands, franchises and creative content.”

Also Read: Disney Hits $1 Billion at Box Office in Yet Another Speed Record

On an earnings call after the  announcement, executives perpetuated reports that “Star Wars” will see a physical presence in their parks and attractions — though the company wouldn’t confirm if this would translate to rides, interactive experiences or retail offerings.

“We’re excited about Star Wars across the company and that includes parks, so stay tuned for more specifics about our plans there,” said Bob Chapek, chairman of Walt Disney Parks and Resorts.