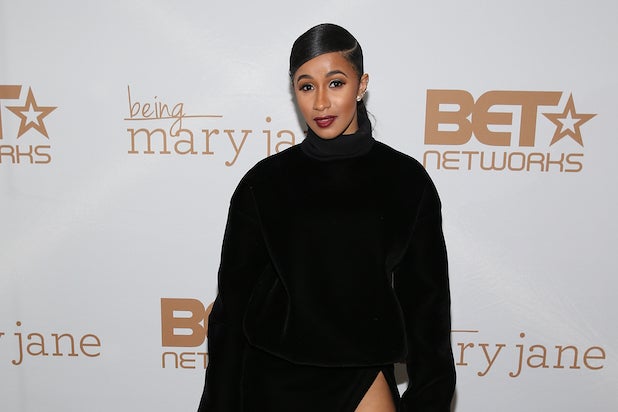 Nominations for the BET Awards were announced today and probably no one is more ecstatic than first-time nominee Cardi B, who celebrated by dancing for joy and yelling a few expletives.

Once rapper Belcalis Almanzar, better known as Cardi B, received the news that she was nominated for Best New Artist and Best Female Hip-Hop Artist, she couldn’t hold her excitement. In a video uploaded to social media, the “Love and Hip Hop” star can be seen dancing around in a yellow towel and black hair bonnet yelling “Oh my God! I can’t believe it!”

Also Read: 'Scandal' Main Characters Ranked by How Shady They Are (Photos)

Cardi B happy over her BET award nomination pic.twitter.com/zEdvRKqnlz

Even social media was happy for the young rising rapper, praising the fact that she keeps it real and doesn’t forget where she came from (Bronx, NY) even in Hollywood.

“Cardi b has so much love b/c she is her authentic self 100% of the time. Congrats to your nomination! So proud of you,” wrote one Twitter user.

Others were just in love with her reaction and couldn’t wait to hear her acceptance speech should she win.

“cardi b screaming suck a dick upon learning that she’s been nominated for a bet award has given me all the strength I need today,” said another user.

Cardi B garnered attention off her Instagram videos, which eventually ended up landing her a recurring role on “Love and Hip Hop: New York.” She also had a guest role on “Being Mary Jane.” The rapper currently has two mix-tapes out: “Gangsta B—- Music” and Gangsta B—- Music Volume 2.”

im proud af of cardi b and her bring nominated for a BET award. im ready for her acceptance speech lololol.

Cardi B is literally the most humble artist out here.. she deserves the BET award she work the hardest

Cardi B happiness is what makes women attractive. The fact that she SHOWS unreserved happiness. Im feeling that.

Cardi B got a BET Award nomination for Best Female Hip-Hop Artist. pic.twitter.com/hM3pmw1CtR

Seeing how much Cardi B appreciates the little things, make you want to see her win more

Cardi B went from the strip club to IG to a BET Awards nomination. Salute a real one when you see one.

Everyone lies a little bit, right? The rapper exaggerated about his mode of travel and got busted in the most spectacular way

Like most of us, Bow Wow embellished a little bit on social media ... only problem was, he got caught. The rapper (a.k.a. Shad Moss) posted a photo to his Instagram page Tuesday of a private jet and a few fancy cars implying that he was taking it to New York. A few moments later, another photo surfaced on social media, except this time it was of him on a commercial flight. And thus, we have the glory of the Bow Wow Challenge.