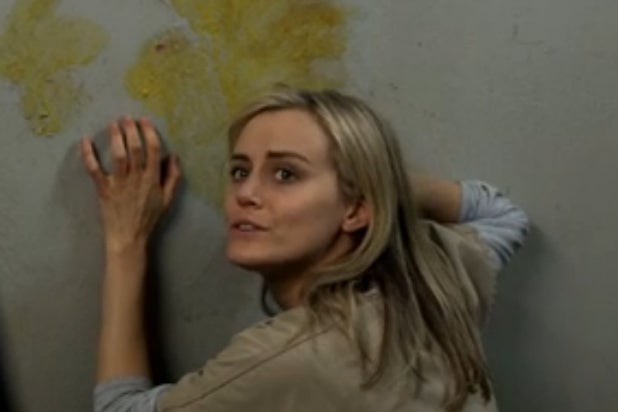 Can’t wait until June 6 to start Season 2 of “Orange Is the New Black”? You can watch the first scene of the new run below.

Entertainment Weekly posted 51 seconds’ worth of the opening scene from the follow-up season to the streaming hit. The magazine had the Netflix Original’s cast on its cover this week.

In the clip, Piper Chapman (Taylor Schilling) is startled awake while slowly losing her mind in solitary confinement. Ever since her vicious self-defense attack on Tiffany “Pennsatucky” Doggett (Taryn Manning), it appears the show’s main character has been wasting away alone in Litchfield, passing time by painting portraits on the walls with her breakfast’s egg yolk.

“OITNB” Season 2 premieres in its entirety on Netflix on June 6.