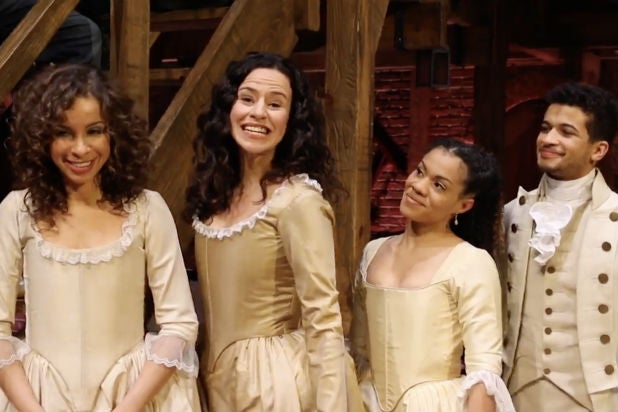 Oscar nominee Lin-Manuel Miranda got some musical well wishes from the cast of “Hamilton” ahead of the 89th Academy Awards ceremony.

Working the red carpet on Sunday, Miranda chatted up E!’s Ryan Seacrest outside Hollywood’s Dolby Theatre — where Miranda will compete for Best Original Song for “How Far I’ll Go” from Disney’s “Moana.”

Seacrest had a surprise up his sleeve for Miranda — a recording of some of his fellow “Hamilton” players performing his nominated song.

Also Read: Lin-Manuel Miranda Says He Wants to Return to 'Hamilton' in Chicago

An emotional Miranda watched the brief performance in one of E!’s monitors, which also featured appearances from actor Jordan Fisher and “SNL” alumm Taran Killam.

“I hate you for making me cry before the Oscars have even started,” Miranda told Seacrest. “That was amazing. Thank you. Thank you for that. That’s incredible.”