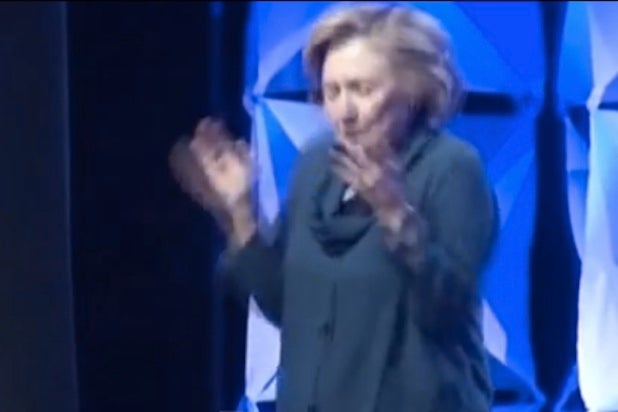 Who throws a shoe?

Former Secretary of State Hillary Clinton was attacked by a shoe in Las Vegas while she was giving a keynote speech at a conference sponsored by Institute of Scrap Recycling Industries.

“What was that!?”  Clinton exclaimed, after making a Matrix-like dodge. “A bat? Was that a bat?”

An identified woman was taken into custody after chucking the projectile footwear.

The Secret Service told the AP that the woman was being questioned and would face criminal charges.

Fortunately, Clinton was unharmed and went on to joke about the incident.

“[Was] that somebody throwing something at me? Is that part of Cirque du Soleil?” Clinton added. “My goodness, I didn’t know that solid waste management was so controversial. … Thank goodness she didn’t play softball like I did.”