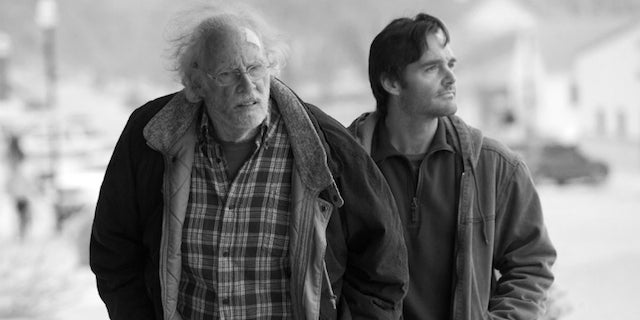 A clip from Alexander Payne's "Nebraska" has hit the web ahead of the black-and-white film's competition screening at the Cannes Film Festival on May 23.

In the scene, Stacey Keach approaches Will Forte and his aging, alcoholic father, played by Bruce Dern, at a bar to discuss business — both financial and personal.

After demanding $10,000, Keach's character makes things even more awkward by telling Forte his father had an adulterous affair before he was born.

The father-son road drama follows the estranged pair making a trip from Montana to Nebraska in order to claim what he believes to be a million dollar mega sweepstakes prize.

"Nebraska" is Payne's first competitive entry at Cannes since "About Schmidt" was nominated for the Palme d'Or in 2002.

Bob Odenkirk also stars in Payne's follow-up to "The Descendants," which goes head-to-head with "The Hunger Games: Catching Fire" when it hits U.S. theaters on Nov. 22.

Here's the first clip from the film: