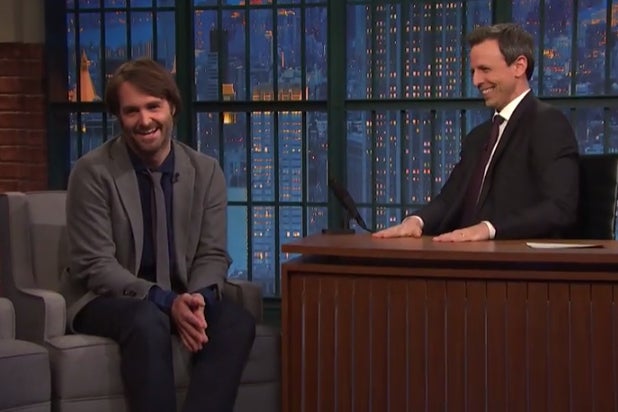 “Saturday Night Live” alums Will Forte and Seth Meyers are longtime friends from their years on the NBC sketch comedy show, so it should come as no surprise that the “Last Man on Earth” star took time to toast the “Late Night” host at the latter’s rehearsal dinner. The surprise was that Forte did the job in character, as Hamilton Whiteman, a racist with a heart of gold.

“Obviously, we hadn’t invited Hamilton Whiteman, but he showed up,” Meyers said, before rolling the clip from his rehearsal dinner video.

“How does a woman of such divine, symmetrical features marry a hook-nose?” he wondered aloud. “But it works.”

“That was about a six-minute toast, and that was about the only 30 seconds we could show on television,” Meyers recalled on Thursday night.

Forte was such a hit at the rehearsal dinner, that he was requested to do the same at fellow “SNL”-er Andy Samberg‘s wedding three weeks later. According to the man behind Whiteman and better-known characters such as “MacGruber,” the “Brooklyn Nine-Nine” star got it worse than Meyers.

Forte’s “The Last Man on Earth” premieres Sunday at 8 p.m. on Fox.