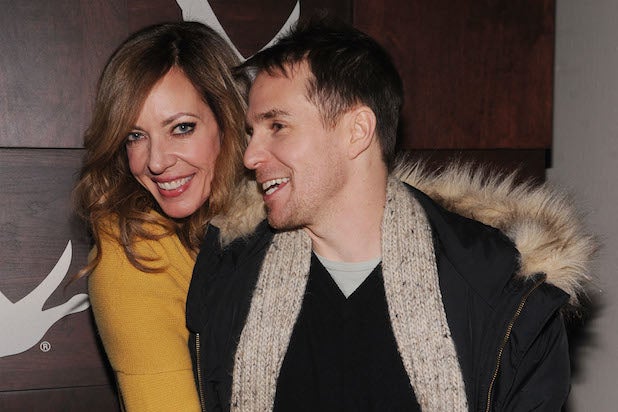 Directors Jim Rash and Nat Faxon aren’t going “way way back” to find actors for their next movie “The Heart,” as Sam Rockwell and Allison Janney are in talks to reunite and join Kristen Wiig in Indian Paintbrush’s action-comedy, TheWrap has learned.

A representative for Indian Paintbrush did not immediately respond to a request for comment.

Wiig will star as a cash-strapped woman who agrees to transport black market organs with a man she just met, to be played by Rockwell.

Pending scheduling issues regarding her summer hiatus from the hit CBS series “Mom,” Janney is in early talks to play Wiig’s intimidating boss who has two boyfriends.

Rash and Faxon wrote the script and the duo will re-team with their “Way, Way Back” collaborator Kevin J. Walsh, who is producing with Indian Paintbrush’s Steven Rales and Nora Skinner.

Production is scheduled to begin in May in North Carolina.

Rockwell currently stars in “Better Living Through Chemistry” and will soon be seen opposite Keira Knightley in Lynn Shelton’s comedy “Laggies,” which A24 acquired at Sundance. He recently wrapped Gil Kenan’s remake of “Poltergeist.”

Janney can currently be seen alongside Anna Faris on the CBS sitcom “Mom” and in Jason Bateman‘s comedy “Bad Words.” She also voices a character in DreamWorks Animation’s “Mr. Peabody & Sherman.” Janney’s upcoming films include the Melissa McCarthy comedy “Tammy” and the romantic comedy “The Rewrite” with Marisa Tomei and Hugh Grant.

Gersh represents both Rockwell and Janney, who are respectively managed by Untitled Entertainment and Thruline Entertainment. Janney is also repped by attorney Peter Nelson.