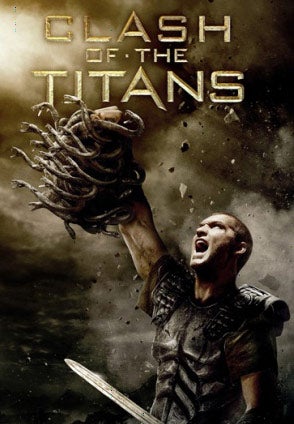 Warner Bros. is planning sequels to box office behemoths "Clash of the Titans" and "Journey to the Center of the Earth," reports Deadline. It’s unclear whether either sequel would be in 3D, but considering both originals were presented in that format, I think it’s safe to assume that WB will be returning to that moneymaking well.

I don’t know a single person who enjoyed "Clash of the Titans," let alone anyone clamoring for a sequel, but regardless, the film has nonetheless grossed nearly $390 million worldwide since it opened on April 2. The film was reportedly made for $125 million, and with minimal gross outlay, will no doubt wind up as one of the year’s biggest hits.

WB and Legendary Pictures would like the "Clash" sequel as early as spring 2012 in order to ensure star Sam Worthington’s return before the Australian actor has to take off the toga and move on to James Cameron’s "Avatar 2." Let’s hope the "Titans" sequel won’t require the heavy reshoots the original did, since "Avatar 2" could tie up Worthington’s schedule for a while.

As for director Louis Leterrier, he will not return behind the camera, although he will remain involved with the project as an executive producer. Deadline spins Leterrier’s exit as "harmonious," attributing it to the fact that the director wasn’t ready to rush into another installment of CGI-fueled silliness, but surely studio execs can’t be happy with the film’s post-production woes or its 30 percent fresh rating on Rotten Tomatoes and Metacritic score of 39, although perhaps I’m being naive to think they even care about such trivial matters as critical reception.

Greg Berlanti will write the story for the "Clash of the Titans" sequel, and WB is seeking writers and directors who may be willing to work under the studio’s unique time constraints. The Playlist speculates that Berlanti could be brought in to direct, since WB liked his initial draft of "Green Lantern" enough to briefly consider him a candidate to direct the superhero film. Berlanti has also directed "Life as We Know It," a horrible titled upcoming Katherine Heigl dramedy. 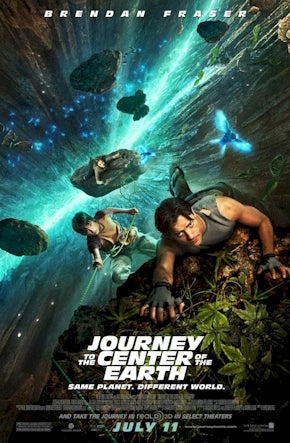 As far as the "Journey to the Center of the Earth" sequel is concerned, New Line and Walden Media are looking to make a fall 2011 release date, which would mean hiring another director to replace Eric Brevig, who is busy putting the finishing touches on WB’s 3D "Yogi Bear" movie. New Line has suggested director Brad Peyton ("Cats & Dogs: The Revenge of Kitty Galore"), but "Journey" star Brendan Fraser is resisting that choice out of loyalty to Brevig.

If Fraser refuses to return (which I doubt he will considering the money at stake, especially once "Furry Vengeance" bombs), New Line would be forced to re-fashion the film around Josh Hutcherson, who played Fraser’s son in the original surprise hit, which grossed $242 million worldwide (despite opening only a week before "The Dark Knight") on a reported production budget of $60 million — cheap for a live-action film shot in digital 3D. I question whether Warner Bros. would shell out for a big-budget 3D tentpole without any stars, but it remains possible that Hutcherson could land the coveted "Spider-Man" role, in which case WB would probably want to center a sequel around his character and save themselves the cost of Fraser’s eight-figure salary.