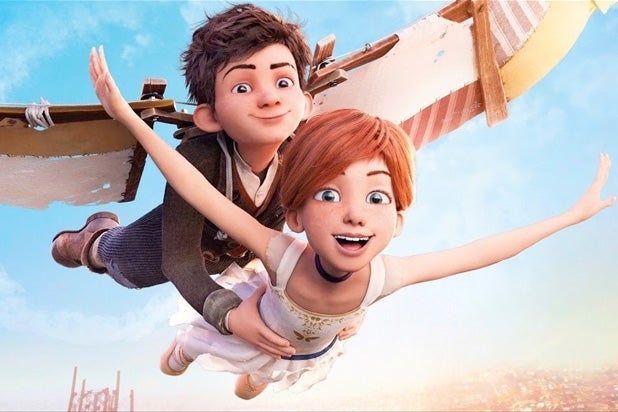 The Weinstein Company’s animated comedy “Leap!” will have a nationwide release Labor Day weekend, the company announced Tuesday. The movie was originally slated for an April 21 release.

The film follows an 11-year-old orphan (Elle Fanning), who dreams of moving to Paris and becoming a dancer — but faces plenty of obstacles. “Leap!” also stars Nat Wolff and Maddie Ziegler, along with Carly Rae Jepsen, Kate McKinnon, and Mel Brooks. Jepsen, Demi Lovato and Sia provided original music for the movie.

“Leap!” was directed by Eric Summer and Éric Warin and produced in partnership with Nicolas Duval Adassovsky, Yann Zenou of Quad Productions, Laurent Zeitoun of Main Journey, and Andre Rouleau and Valerie D’Auteuil. It will premiere at the Bentonville Film Festival in May.

“I can’t tell you about how much I love ‘Leap!’ and that’s why I’m moving it,” TWC Co-Chairman Harvey Weinstein said in a statement. “The producers made a fantastic family film when they created the French version of the film. Our team has done an incredible job building on their vision with the American version. Just last week we had Kate McKinnon add her genius voice to three characters, and the cast including Elle Fanning, Maddie Ziegler and Nat Wolff capture the heart and humor of the story so well.  We have made the decision to move back to Labor Day and build the awareness and excitement within our audience. As always, I want to do what is best for the film, which I think is the best animated film I’ve ever made, and test audiences have agreed. I screened the film just last weekend for Trevor Drinkwater and Geena Davis and they absolutely loved it. They will host the film’s premiere on the Saturday during the Bentonville Film Festival.”